How Virender Sehwag Wished Bhuvneshwar Kumar On His Birthday

Bhuvneshwar Kumar turned 27 on Sunday and was wished by former India opener Virender Sehwag in a unique way. 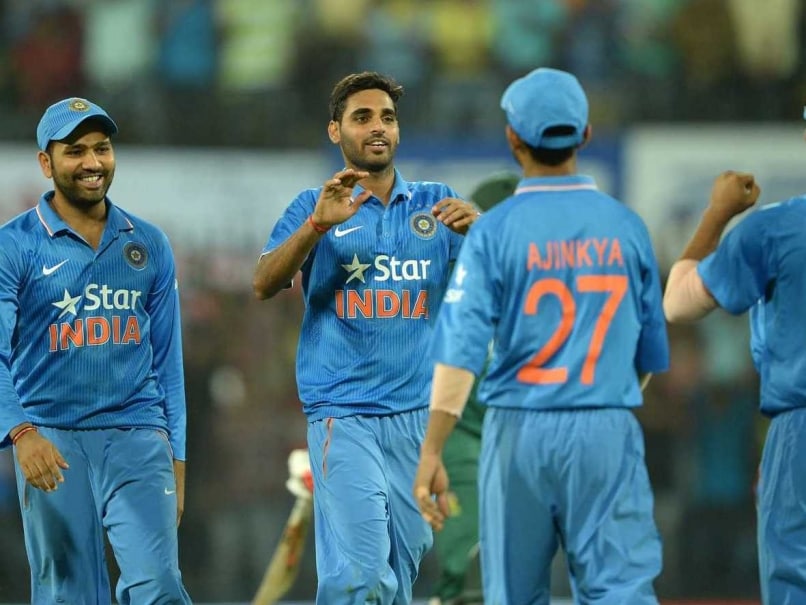 Virender Sehwag has always entertained his fans, whether with his bat or words. His wit and humour continued to entertain as this time he wished Bhuvneshwar Kumar in a unique way. The medium pacer turned 27 on Sunday and was congratulated by many from the cricketing fraternity along with Sehwag. While most merely praised and wished the Meerut-born, Sehwag expressed his appreciation in an unconventional manner.

Sehwag wished Bhuvneshwar and tweeted that a wife's mood swing and Bhuvneshwar's inswing even the best cannot comprehend.

In response, Bhuvneshwar thanked Sehwag and his tweet was duly retweeted by the latter.

The medium pace bowler has also been included in India's squad for the one-off Test match against Bangladesh, starting February 9 in Hyderabad.

Comments
Topics mentioned in this article
India Cricket Team England Cricket Team Bangladesh Cricket Team Virender Sehwag Bhuvneshwar Kumar Cricket
Get the latest updates on ICC T20 Worldcup 2022 and CWG 2022 check out the Schedule, Live Score and Medals Tally. Like us on Facebook or follow us on Twitter for more sports updates. You can also download the NDTV Cricket app for Android or iOS.