Hardik Pandya was included in Team India squad for the ongoing series against New Zealand. 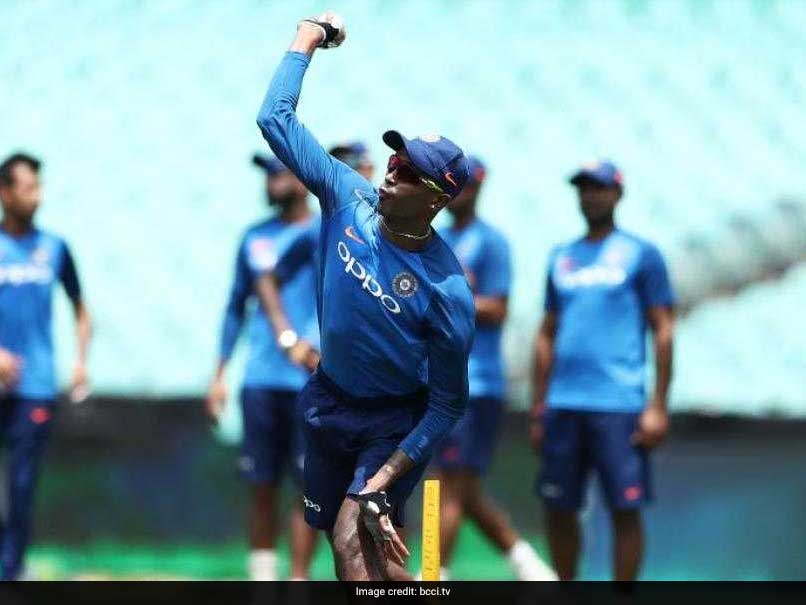 Hardik Pandya will join the team India squad for the series against New Zealand while KL Rahul has been included in the India A squad that is playing 5 one-day games against England Lions in Thiruvananthapuram, the Board of Control for Cricket in India (BCCI) said in a press release on Thursday. The decision was taken by the Senior selection committee after the CoA decided to lift the bans on Hardik Pandya and KL Rahul.

The release also mentioned that Hardik Pandya will be sent to New Zealand to join the team at the earliest and KL Rahul will join the India A squad to play the last 3 one-day games against England Lions.

Earlier, the BCCI Committee of Administrators has lifted the bans on Hardik Pandya and KL Rahulwith immediate effect. The bans were imposed after the two faced criticism for their comments in the Koffee with Karan TV show.

"The Committee of Administrators ("CoA") had, by emails dated 11.01.2019, and in exercise of Rule 41(6) of the Constitution of BCCI, suspended Mr. Hardik Pandya and Mr. K.L. Rahul in view of the allegations of misconduct against them, pending adjudication of the allegations under Rule 46 of the approved BCCI Constitution," the CoA said in a release.

"Since the adjudication of all allegations of misconduct against any cricketer registered with, inter alia, the BCCI is required to be undertaken by the BCCI Ombudsman, whose appointment is pending directions of the Hon'ble Supreme Court of India, the CoA is the of the view that the interim suspension orders dated 11.01.2019 should be presently lifted with immediate effect.

"The above matter and decision has been taken with the concurrence of the Learned Amicus Curiae, Mr. P.S. Narasimha. In view of the above, the suspension orders dated 11.01.2019 is immediately lifted pending appointment and adjudication of the allegations by the BCCI Ombudsman," the release said.

Pandya and Rahul were sent home from the tour of Australia due to their sexist comments on the TV show.

The CoA, after consulting new amicus curiae PS Narsimha, decided to lift the suspension pending an inquiry, for which an ombudsman is to be appointed by the Supreme Court. The apex court has listed the matter tentatively for February 5.

Lokesh Rahul
Get the latest updates on Fifa Worldcup 2022 and check out  Fifa World Cup Schedule, Stats and Live Cricket Score. Like us on Facebook or follow us on Twitter for more sports updates. You can also download the NDTV Cricket app for Android or iOS.