Natasa Stankovic was bowled over by Hardik Pandya's new hairstyle. 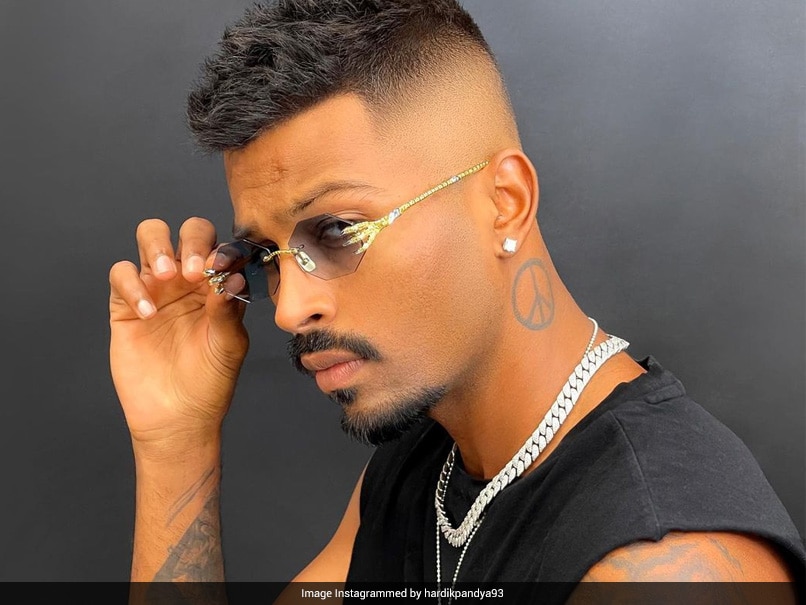 India all-rounder Hardik Pandya has always created a buzz about himself on and off the pitch. The 27-year-old cricketer wowed fans with his new hairstyle, posting pictures in a new look on Instagram. In the caption the Mumbai Indians cricketer thanked hairstylist Aalim Hakim, who recently also styled the hair of former India captain MS Dhoni. It seems the cricketers are working on their style quotient before heading to the UAE to play the remaining part of the Indian Premier League (IPL) from September 19.

All the images had Hardik wearing specs and posing for the camera. In all but one photograph, the cricketer's hairstylist also stood beside him.

Hardik's post went viral with more than 9 lakh users liking it within a couple of hours.

Among those to comment was Hardik's partner, Natasa Stankovic, who posted fire and heart-eyes emojis.

"East or west, Hardik is best," said another user, "mohammedijiyaz".

A couple of days ago Hardik had shared a monochrome image of himself, and that pic also went viral instantly.

Recently, hairstylist Aalim Hakim shared images of Dhoni sporting a similar haircut on Twitter. He said he thoroughly enjoyed giving the "legend" the "dashing" look with the new haircut and beard.

Dhoni, who had sported long hair at the beginning of his career, has often experimented with his hairstyle.

Hardik returned from Sri Lanka earlier this month after an indifferent performance during India's tour of the island-nation.

He is now gearing up for the IPL in the United Arab Emirates.