Suresh Raina, who is out of favour from the Indian cricket team, is currently representing Uttar Pradesh in the Ranji Trophy. 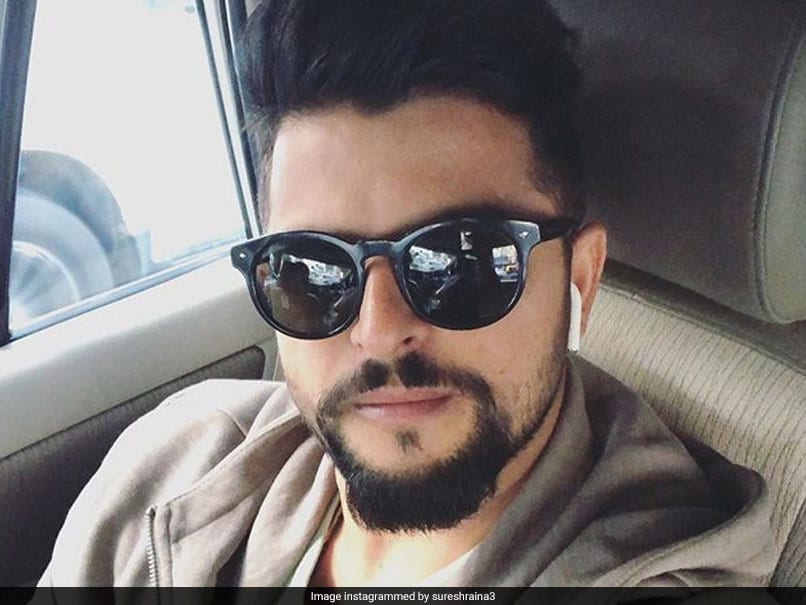 As Suresh Raina celebrated his 32nd birthday on Tuesday, cricket fraternity took to Twitter to wish the Indian batsman. A veteran of 226 One-day Internationals (ODIs), Suresh Raina had last donned the national team jersey earlier in July, this year for a 50-over match against England. The Board of Control for Cricket in India (BCCI) however took to Twitter to wish the "live wire" on the field a cheerful birthday. While Indian Premier League (IPL) franchise Chennai Super Kings (CSK) also conveyed their wish to Raina, who has been their key player over the years.

Cricket legend Sachin Tendulkar posted his old picture with Raina on Twitter and wished him a very happy birthday and blissful year ahead.

Virender Sehwag, on the other hand, wished Raina with a song and said, "Listening to "Raina Beeti Jaaye" , Shaam na aaaaaye. Same happens when Raina is in full flow with the bat, feel like shaam na aaye. Wish you luck and happiness."

fours
sixes
balls
not out

A bundle of energy and a live wire on the field. Here's wishing @ImRaina a happy and cheerful birthday pic.twitter.com/wtIA44rbMQ

Fond memories of your birthday lunch last year, @ImRaina. Wishing you a very happy birthday and a blissful year ahead. pic.twitter.com/2iVPFtg3IZ

Listening to "Raina Beeti Jaaye" , Shaam na aaaaaye . Same happens when @ImRaina is in full flow with the bat, feel like shaam na aaye. Wish you luck and happiness.#HappyBirthdayRaina pic.twitter.com/Hj5DCIDAGe

In the ongoing Ranji Trophy season, Raina had pulled off a sensational one-handed catch while playing for Uttar Pradesh against Odisha.

Fielding at first slip, Raina dived to his left to take the catch after Sujit Lenka tried to defend the delivery from Saurabh Kumar but got an outside edge to it.

After Raina completed the catch, the entire Uttar Pradesh team applauded him for his effort.

Suresh Raina
Get the latest updates on IPL 2021, check out the IPL 2021 Schedule and Indian Premier League Live Score . Like us on Facebook or follow us on Twitter for more sports updates. You can also download the NDTV Cricket app for Android or iOS.