Cricket South Africa said it is taking legal advice regarding the basis on which the South African Sports Confederation and Olympic Committee has sought to intervene in the business affairs of CSA. 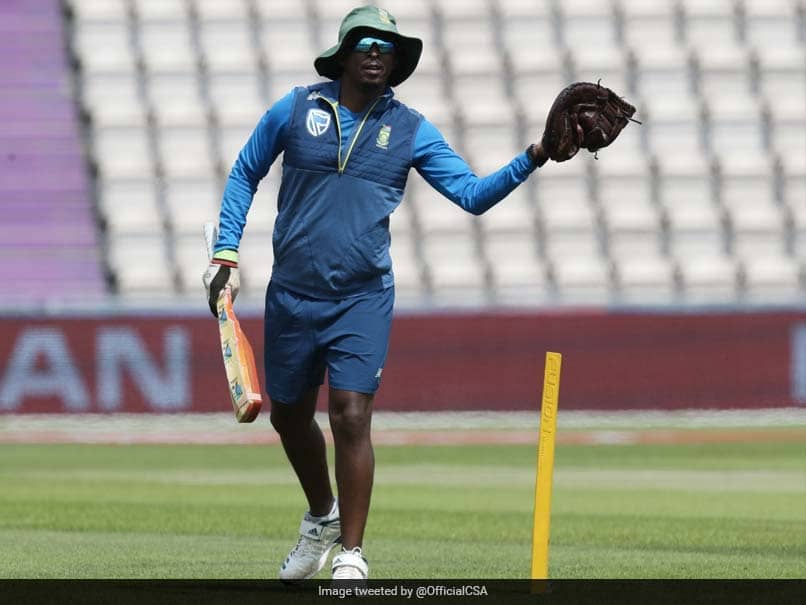 Cricket South Africa has been going through a tumultuous period.© Twitter

Cricket South Africa (CSA) said that it does not agree with the resolution taken by the South African Sports Confederation and Olympic Committee (SASCOC) and is taking legal advice after its board and senior executives were instructed to step aside by the SASCOC. According to ESPNcricinfo, CSA members including acting CEO Kugandrie Govender will no longer be involved in the day-to-day running of CSA and SASCOC will now appoint a task team to conduct an investigation into the affairs at CSA.

Last month, CSA had terminated its former CEO Thabang Moroe with immediate effect, almost nine months after he was suspended in December 2019. The decision was based on expert external legal opinion supported by the findings emanating from an independent forensic investigation. The independent forensic investigation revealed that Moroe had committed acts of serious misconduct which warranted the sanction of dismissal.

However, CSA has not made the report available publicly or to SASCOC.

"SASCOC has attempted to address these issues in two meetings with the CSA Board: one was exploratory, and the other failed to take place mainly because of the fact that CSA failed to make the Fundudzi Forensic Report available to the SASCOC Board despite promises and undertakings by CSA to do so," read SASCOC''s letter to CSA''s Members'' Council, accessed by ESPNcricinfo.

"CSA is in receipt of our letter which records that the Board''s decision to make the said report available only on a limited basis to the President and Board members of SASCOC, is wholly unreasonable and irrational given the apparent nature and scope of the report," it added.

Addressing the recent development, CSA said it is taking legal advice regarding the basis on which SASCOC has sought to intervene in the business affairs of CSA.

"Cricket South Africa (CSA) has received the South African Sports Confederation and Olympic Committee''s (SASCOC) communication pertaining to various resolutions which SASCOC has passed in relation to CSA. CSA, including its Members'' Council, does not agree with the resolution taken by SASCOC and has not had the opportunity to engage with SASCOC on various issues raised in the communication," CSA said in a statement.

"In addition, CSA is taking legal advice regarding the basis on which SASCOC has sought to intervene in the business affairs of CSA. CSA does, however, commit to engaging further with SASCOC to understand its position and to find common ground with it in the best interests of cricket. The Members'' Council and the Directors of the Board of CSA will hold a joint workshop this weekend to discuss critical matters," the statement added.