Thami Tsolekile was particularly critical of Graeme Smith, blaming the former captain for keeping him out of the Test team after Mark Boucher suffered a career-ending injury on a 2012 tour of England. 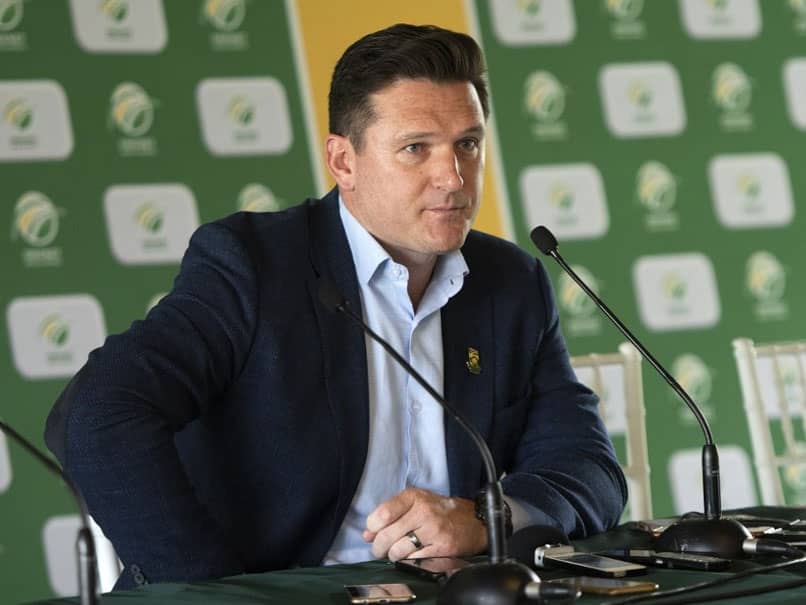 Graeme Smith on Thursday responded to allegations of bias against black players.© AFP

Former South Africa captain Graeme Smith on Thursday responded to allegations of bias against black players by stating that he had "personal relationship challenges" with several other players during his time in charge. Smith, currently Cricket South Africa's director of cricket, has come under fire in recent weeks for appointing former Test wicketkeeper Mark Boucher as national team coach. He has also been accused of allowing black players to feel isolated during his time as captain. Smith, who captained South Africa in a world record 108 Test matches from 2003 until 2014, as well as 149 one-day internationals, said he realised early in his captaincy that it would not be possible to please everyone in his team.

Former wicketkeeper Thami Tsolekile was particularly critical of Smith during a radio interview on Tuesday, blaming Smith for keeping him out of the Test team after Boucher suffered a career-ending injury on a 2012 tour of England.

Fast bowler Makhaya Ntini earlier said he felt "lonely" as a player despite playing in 101 Tests and he also felt he was unfairly dropped from the team towards the end of his career.

Although Tsolekile, who has subsequently been banned for 12 years for his role in a match-fixing scandal in a domestic competition, was in the squad as a reserve wicketkeeper, the gloves were handed to leading batsman AB de Villiers.

"I look at many respected captains around the world and there are plenty of players who felt they were not given a fair chance," said Smith in a statement which he said was issued in his personal capacity.

He said Australia's Steve Waugh was an example of a highly regarded captain who had his detractors from former team-mates.

Smith cited Shaun Pollock and Lance Klusener as two leading players who were dropped from the team before they were ready to retire.

"There were very emotional discussions because they are both legends of our cricket history."

He said Pollock and Ntini had to make way in similar circumstances because South Africa were seeking more bowling firepower.

Smith added that he personally was "gutted" when he was not selected for the 2003 World Cup – he eventually came into the squad as an injury replacement – and again later in his career when he was dropped from the one-day side.

"I felt I still had more to give in ODI cricket but (replacement) Quinton de Kock has shown that it was his time," he said.

"And, over time, I have grown to understand that it was the right call for the team. And that has always been the crux of the decisions made in my time."

Smith sympathised with Tsolekile because wicketkeeping was a specialist role and it was a trend in international cricket for wicketkeepers to have long careers, keeping other capable glovemen out of the team.

He said the decision to pick De Villiers ahead of Tsolekile in 2012 was made by "a whole panel of selectors" and that then-coach Gary Kirsten had told Tsolekile he was reserve to De Villiers following Boucher's injury.

In recent weeks, a group of former black players and coaches have criticised events in South African cricket, including the appointment of Boucher as national coach ahead of black coaches who have stronger formal coaching credentials.

Boucher has only a level two coaching certificate which is given to former players without having to attend courses.

The group, describing themselves as "concerned former cricketers and coaches" had a virtual meeting with the board of Cricket South Africa last weekend.

Smith said allegations and insinuations against him were "extremely hurtful and I deny them in the strongest possible sense."

Graeme Smith Mark Boucher Shaun Pollock Thami Tsolekile Cricket
Get the latest updates on IPL 2021, IPL Points Table , IPL Schedule 2021 , live score . Like us on Facebook or follow us on Twitter for more sports updates. You can also download the NDTV Cricket app for Android or iOS.