Former cricketers feel Anil Kumble stepping down as head coach will be a big loss for the India team. 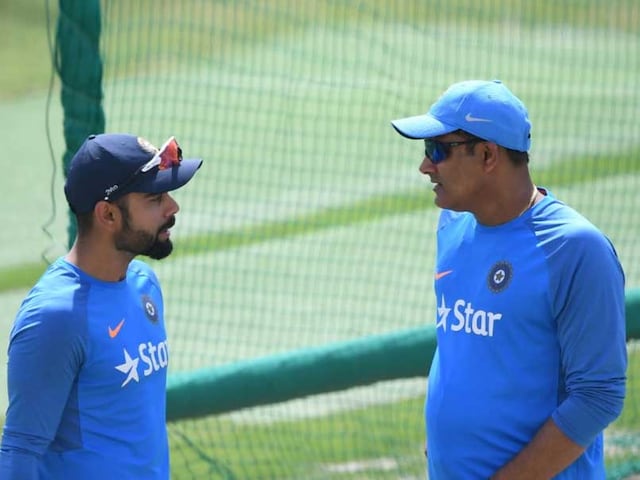 Anil Kumble stepped down as head coach on Tuesday.© AFP

Former cricketers took to Twitter to say how they felt about Anil Kumble stepping down from the position of head coach of the India team. The players to have said what they felt on social media included Bishan Bedi and Michael Vaughan. Kumble's contract as the head coach ended on Tuesday after the ICC Champions Trophy and he was not interested in an extension. The widely-speculated feud between Virat Kohli and himself was the reason. Sources had told NDTV that Kohli was "not ready to budge", from his position on Kumble and that "coach-captain relationship was 'irreparable'."

Former India spinner Bishan Bedi in a series of tweets said: "Not surprised w/Kumble quitting-no self-respecting wud've carried on n such environment!Crkt Ind needed 'Jumbo' more than other way around?!

Gratitude has obviously been thrown out of the window by whoever raising 'revolt' against India's giant @anilkumble1074! Loser's Indian Cricket of course!"

Gratitude has obviously been thrown out o window by whoever raising 'revolt' against Ind's giant @anilkumble1074!Loser's Indn Crkt o course!

Sad to hear @anilkumble1074 that you have stepped down! Best wishes to you and your family on your future endeavours champ!

The team did well under Kumble in the past 12 months, winning Test series in the West Indies (2-0) before winning at home against New Zealand (3-0), England (4-0), Bangladesh (1-0) and Australia (2-1). The team also won eight ODIs and lost five during the 46-year-old's tenure.

Comments
Topics mentioned in this article
India Cricket Team Anil Kumble Cricket Virat Kohli Michael Vaughan Bishansingh Giansingh Bedi Krisnamachari Srikkanth
Get the latest Cricket news, check out the India cricket schedule, Cricket live score . Like us on Facebook or follow us on Twitter for more sports updates. You can also download the NDTV Cricket app for Android or iOS.