Sourav Ganguly posted a picture of himself and captioned it, "Hate working on a Sunday". Soon enough, fans flooded the post with some hilarious responses. 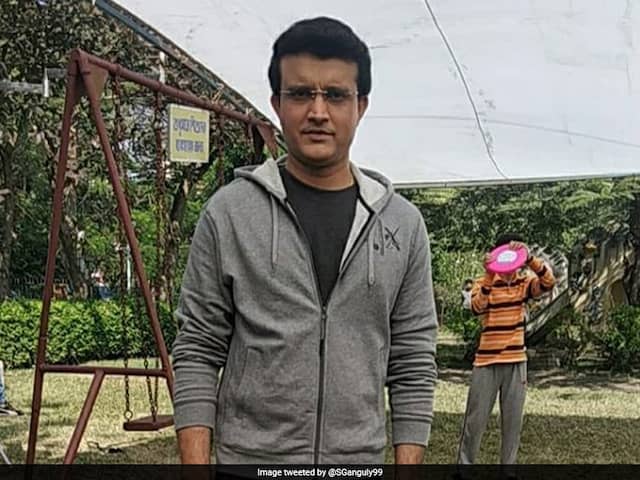 Sourav Ganguly revealed that he hates working on a Sunday.© Twitter

Sourav Ganguly on Sunday revealed that he hates "working on a Sunday". The Board of Control for Cricket in India (BCCI) president made his feelings known to the entire world via a tweet which read: "Hate working on a Sunday". Along with the tweet, Ganguly also shared a picture of himself standing in a park and within no time his fans bombarded the post with some hilarious replies. While some advised him to take some time out and rest, other inquired what he was actually doing in a park on Sunday.

Hate working on a Sunday pic.twitter.com/r7TMjyUqyU

Sourav Ganguly's daughter Sana decided to tease her father with a hilarious comment on a similar Instagram post. "Guess who's not working and in bed till 12. Way to go dad," Sana wrote. 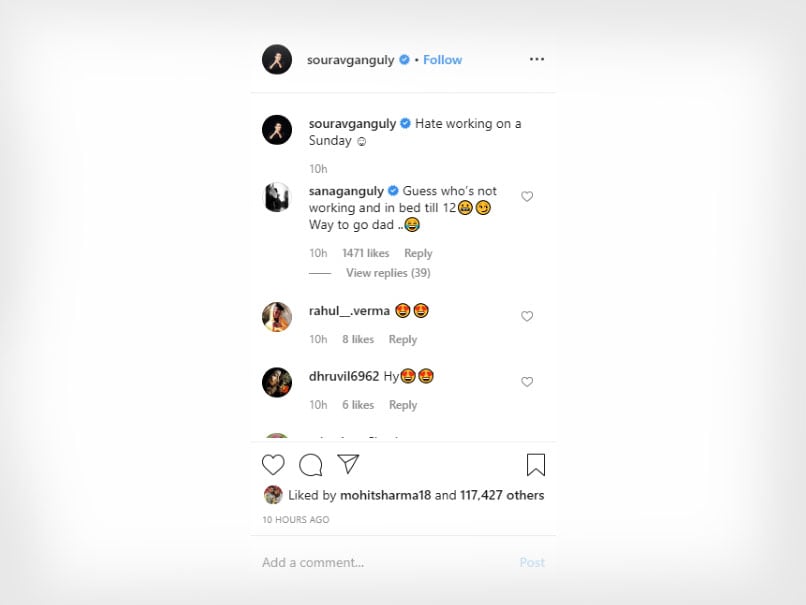 "Sourav bhai aaram karlo," replied one fan, while the other person enquired, "But what are you doing dada?".

The fans didn't stop just there and came up with some hilarious suggestions.

"Dada chill don't work only just pretend to work," wrote an user suggesting a way out.

"What is Dhoni doing behind you Dada?," asked another fan.

Here are some of the hilarious replies:

You're the boss of BCCI now do whatever u wish.. who is forcing u

Are you playing frisbee?

So do it on Monday

Sourav Ganguly became the BCCI president in October earlier this year and since than has taken several steps to take the game forward in the country.

After successfully conducting the first-ever day-night Test in the country at Eden Gardens in Kolkata last month, Ganguly has now proposed an annual four-nation tournament involving India, England, Australia and one more nation.

Ganguly's proposed idea has received mixed reactions from fans and critics around the globe.

While some have welcomed it, saying it'll improve the quality of cricket among top nations, others have criticised it claiming it'll be detrimental to the overall health of the sport.

However, Ganguly's idea has found support from England and Wales Cricket Board (ECB) as well as the Chief Executive Officer (CEO) of Cricket Australia (CA).

India Cricket Team Sourav Ganguly Cricket BCCI
Get the latest updates on IPL 2020, check out the IPL Schedule for 2020 and Indian Premier League (IPL) Cricket live score . Like us on Facebook or follow us on Twitter for more sports updates. You can also download the NDTV Cricket app for Android or iOS.