Among those currently serving quarantine periods are Jos Buttler, Chris Woakes and Sam Curran, all of whom have Test contracts with England. 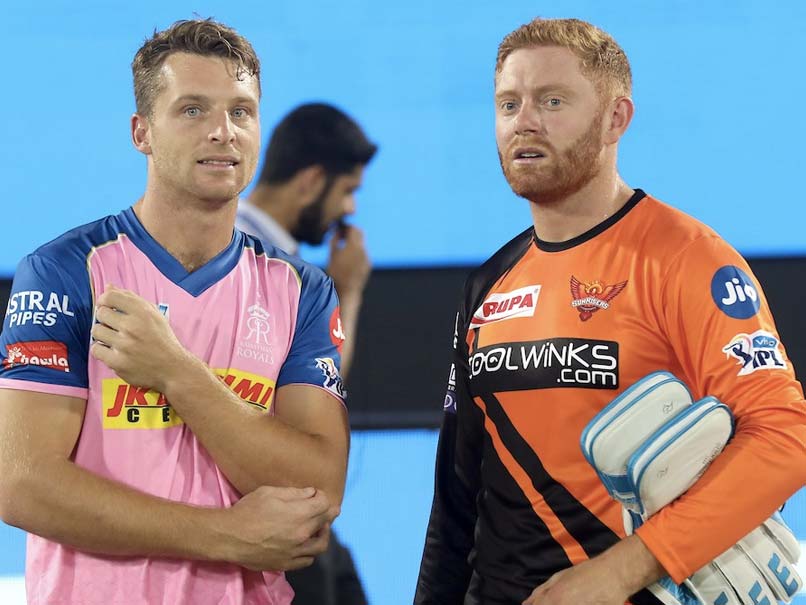 Jos Buttler and Jonny Bairstow have returned back home after the IPL 2021 was postponed mid-season.© BCCI/IPL

Team director Ashley Giles says England have no plans to "rush" their Indian Premier League (IPL) stars back for next month's Test series against New Zealand and could introduce new faces to cope with a packed schedule. The suspension of the IPL because of the devastating coronavirus outbreak in India has left England with a potentially larger player pool than they envisaged for the two-Test series against New Zealand.

Among those currently serving quarantine periods are Jos Buttler, Chris Woakes and Sam Curran, all of whom have Test contracts with England.

They could be available for County Championship matches starting on May 20 before joining the England "bubble" ahead of the first Test against New Zealand at Lord's, which begins on June 2.

But even if the trio are in contention, England may have to call up fresh reinforcements given Ben Stokes and Dom Sibley are currently injured, while fast bowler Jofra Archer has only recently returned to action with Sussex's 2nd XI.

Among those vying for spots are Somerset seamer Craig Overton, who won the last of his four caps in 2019, and Sussex paceman Ollie Robinson.

Uncapped Gloucestershire batsman James Bracey is averaging over 50 in the County Championship so far this season.

"We need to look after them, with the amount of cricket they've got coming up. We're not going to rush or force them back into cricket.

"Chris Silverwood(the England coach) will work with each and every one of them, as will our medical teams on what's best for their progress."

Giles added: "We know historically that Chris Woakes likes to get more overs under his belt with the red ball before he's up to speed.

"Others react differently to that, so it's a case-by-case basis."

After the New Zealand series, England have five Tests at home to India before travelling to Australia later this year in a bid to regain the Ashes.

"Given the weight of cricket, given the Ashes series, and we don't know what conditions that's going to be played in at the moment with regard to a Covid environment, we are going to need a bigger group of players still," said Giles.

"(So) we may also choose against New Zealand to look at some new faces."

He added: "We only have seven Tests between now and the Ashes, but that's a lot more than our competition at the moment. That, with the amount of other cricket we have to play, we almost want to get this tapering towards the Ashes.

"We have got to get that right. Is that against New Zealand? I don't know. That's something for us to continue to discuss."

India Cricket Team Ashley Giles Chris Silverwood Cricket IPL 2021
Get the latest updates on ICC T20 Worldcup 2022 and CWG 2022 check out the Schedule, Live Score and Medals Tally. Like us on Facebook or follow us on Twitter for more sports updates. You can also download the NDTV Cricket app for Android or iOS.