England's stand-in skipper Ben Stokes on Friday became the second-fastest all-rounder to reach the Test double of 4,000 runs and 150 wickets. 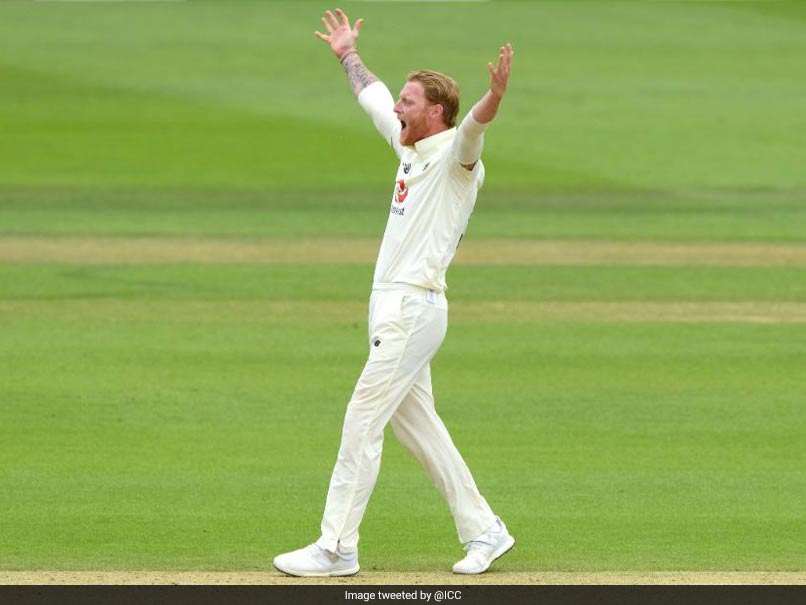 Ben Stokes picked up four wickets on Day three of the Test at Southampton.© Twitter

England's stand-in skipper Ben Stokes on Friday became the second-fastest all-rounder to reach the Test double of 4,000 runs and 150 wickets. He achieved the feat during the third day of the first Test match between England and West Indies at the Ageas Bowl. With the dismissal of Alzarri Joseph, Stokes joined former England all-rounder Ian Botham and four other greats of the game in the club of 4,000 Test runs and 150-plus wickets. He finished with the figures of 4-49 in his 14 overs including five maiden overs.

The 29-year-old all-rounder reached the milestone in 64 games. Only former West Indies great Gary Sobers is ahead of him, who achieved the feat in 63 Tests.

Earlier in the first innings, Stokes played a knock of 43 runs, the highest for his side, and guided them to 204 runs.

England will resume their play from 15/0 on day four with Rory Burns and Dom Sibley unbeaten on 10 and 5 runs respectively.