Daniel Vettori has asked the BCB to give a part of his salary to the Board's low-income staffers amid the financial hardship being caused by the COVID-19 pandemic. 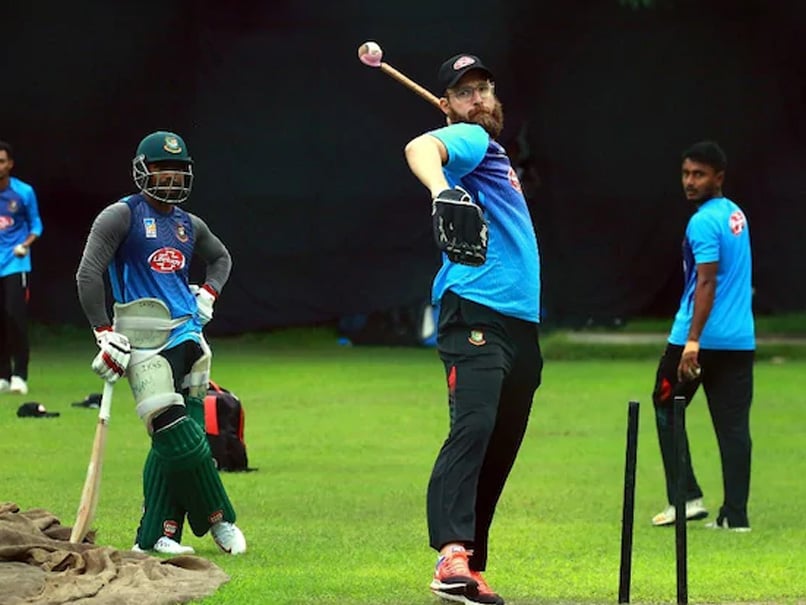 Former New Zealand captain and Bangladesh's spin bowling coach Daniel Vettorihas asked the BCB to give a part of his salary to the board's low-income staffers amid the financial hardship being caused by the COVID-19 pandemic. Bangladesh Cricket Board (BCB) CEO Nizamuddin Chowdhurysaid Vettori has officially communicated his decision. "Vettori has said that we should donate a specific part of his salary to the BCB's low-income staff. He has officially informed the cricket operations committee," BCB CEO Nizamuddin Chowdhury told the Dhaka-based 'Prothom Alo' newspaper.

The amount that the 41-year-old former spin-bowling all-rounder has decided to donate was not disclosed in the report.

According to 'ESPNCricinfo, he is the highest-paid member of the Bangladesh coaching staff, earning USD 250,000 for his 100-day contract that runs till the end of the scheduled T20 World Cup later this year.

The country's cricketers, including those in the Under-19 category, and the players' association too have contributed in the fight against COVID-19.

Sports bodies across the globe are staring at massive financial losses due to the current halt in activities amid the deadly pandemic.

Daniel Vettori Cricket
Get the latest updates on T20 World Cup, check out the T20 World Cup Schedule and Live Score . Like us on Facebook or follow us on Twitter for more sports updates. You can also download the NDTV Cricket app for Android or iOS.