England vs Pakistan: Umpire Richard Kettleborough Spoken To By ACU Officials Over Smartwatch

Richard Kettleborough was seen wearing a smart watch during the first session of the second Test between England and Pakistan. 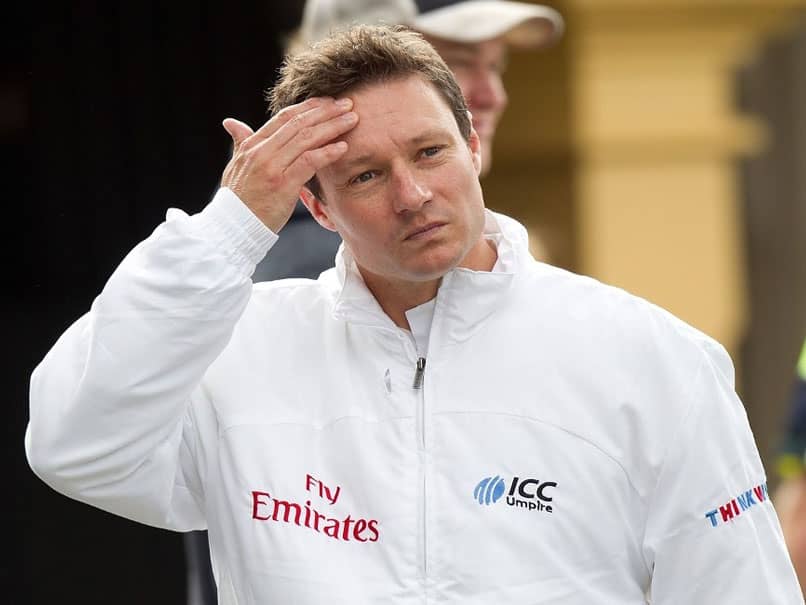 Umpire Richard Kettleborough reported the incident to the ACU after realising his mistake.© AFP

On-field umpire Richard Kettleborough, who is currently officiating in the second Test between England and Pakistan, has been spoken to by the International Cricket Council's (ICC) Anti-Corruption Unit (ACU) after coming out to the field wearing a smartwatch. The umpire was seen wearing the watch during the first session of the second Test between England and Pakistan, ESPNCricinfo reported. As per a report in ESPNCricinfo, the umpire had realised his error and he immediately took off his watch and reported the incident to the ACU, which considered the incident a minor violation of the regulations.

They then spoke to the umpire and reminded him of his obligations under the Player and Match Officials Area Regulations (PMOA).

In order to combat corruption in the game, players and officials are obliged to hand over their phones and any other transmitting devices to anti-corruption officials ahead of the start of play.

Earlier, Pakistan's players were spoken to by officials as some of them took the field wearing smartwatches during the Lord's Test of 2018.

Earlier this year, the England and Wales Cricket Board (ECB) had tightened its anti-corruption guidelines by banning players from wearing smartwatches on the field of play in all fixtures.

Pakistan Cricket Team International Cricket Council Cricket
Get the latest updates on India vs England Series, India vs England , live score and IPL 2021 Auction . Like us on Facebook or follow us on Twitter for more sports updates. You can also download the NDTV Cricket app for Android or iOS.