Dom SIbley said Pakistan have a very good bowling attack and England need to adapt and prepare for the second Test. 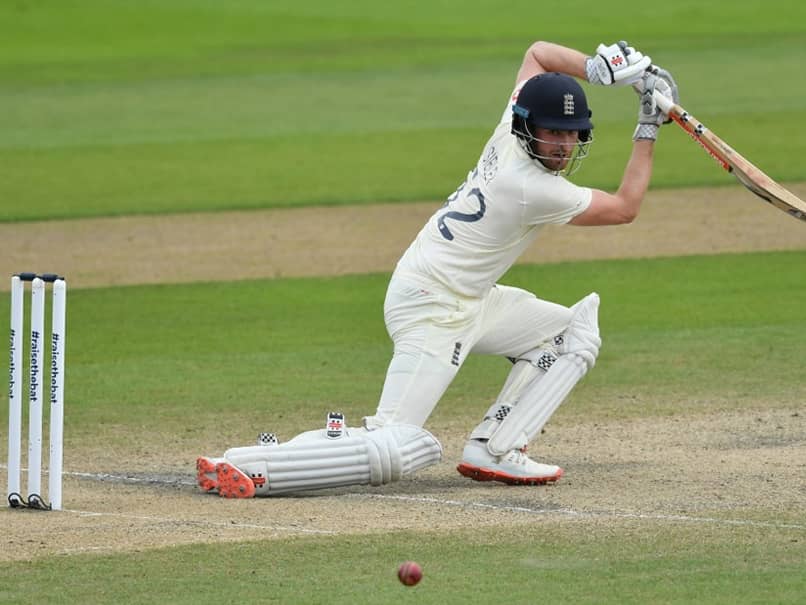 Dom SIbley had a match to forget in the first Test against Pakistan.© AFP

England opening batsman Dom Sibley is still wary of Pakistan's bowlers heading into the second Test at Southampton on Thursday. The hosts lead the three-match series 1-0 after a three-wicket victory in the first Test at Old Trafford last week. It was a tough match for Sibley, however, with the Warwickshire right-hander lbw to accurate seamer Mohammad Abbas for eight in the first innings and caught at slip for 36 off leg-spinner Yasir Shah in the second as England eventually chased down a stiff target of 277.

With Pakistan's line-up again set to feature left-arm quick Shaheen Afridi and teenage fast bowler Naseem Shah, Sibley expects to have his work cut out again in the second Test.

"They are a very good attack -- they have got a bit of everything," Sibley told reporters on Tuesday.

"Abbas is very accurate, they have left-arm angle (Afridi) and the youngster (Naseem) who has some pace and bowled really well last week and a world-class spinner (Yasir)."

"It is a very good attack but we have had a look and now we need to adapt and prepare for Thursday."

Nevertheless, the 24-year-old Sibley said he remained "greedy" for "more big runs" having made two hundreds in his first 10 Tests.

"If you said to me after 10 Test matches you'd be averaging 40 and have two hundreds I'd have been pleased.

"But at the same do I do feel I have got a lot more to give. I do feel like I have let opportunities slip to score maybe four or five hundreds.

"I know that might sound greedy, and unrealistic, but that is the way I am thinking."

Sibley added: "There are periods where bowlers bowl at you and think, 'I'm not sure how I am going to score big runs against this guy', but it's just a case of getting through that and people always say batting does get easier.

"I am starting to feel more comfortable when I go out to bat, there are some amazing bowlers but I always go out to back myself."

England will be without Ben Stokes for the remainder of the series after the star all-rounder left the camp for personal reasons to head to New Zealand, where his father is recovering from a serious illness.

"He is a massive part of our team and he is one of the best players in the world, but obviously family comes first and we will be supporting him with everything that is going on," Sibley said.

Sibley had previously said it was the example of Stokes and Jos Buttler that had encouraged him to lose some 12 kilogrammes during lockdown.

Although he ran out Asad Shafiq with a direct hit during Pakistan's second innings, Sibley refused to attribute the dismissal to his new slimline build -- which he said he was still working on.

"I've got to watch what I eat and make sure I get in the gym a little bit," Sibley explained.

"For example if I hit a low score, I'll try and get something done so that I don't sit around and have tea and biscuits all day watching the other boys get runs," he added.

Shaheen Afridi Cricket
Get the latest updates on IPL 2020, check out the IPL Schedule for 2020 and Indian Premier League (IPL) Cricket live score . Like us on Facebook or follow us on Twitter for more sports updates. You can also download the NDTV Cricket app for Android or iOS.