England vs New Zealand: Jofra Archer Ruled Out Of Series With Elbow Injury

England vs New Zealand: Jofra Archer's absence could pave the way for Sussex paceman Ollie Robinson to be called into the squad. 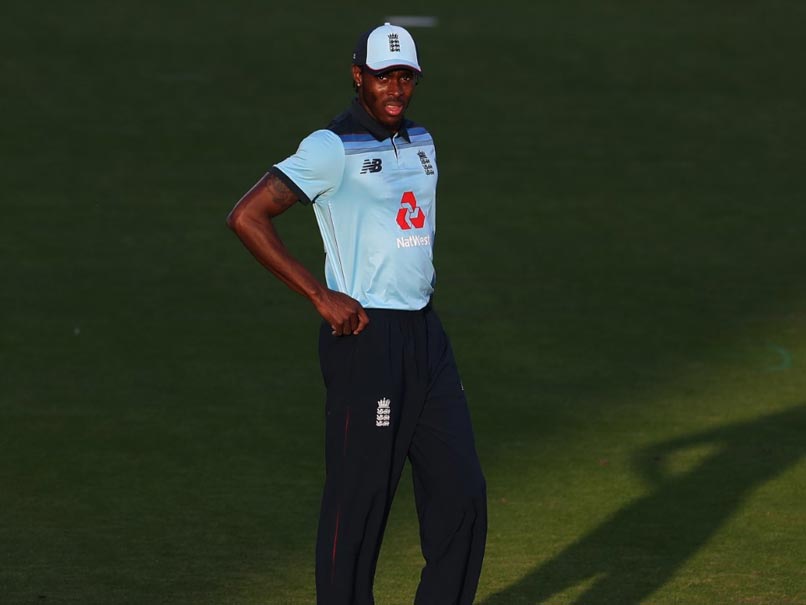 ENG vs NZ: Jofra Archer will now see a medical consultant regarding his injury.© AFP

England fast bowler Jofra Archer has been ruled out of next month's two-Test series at home to New Zealand with an elbow injury, it was announced Sunday. The 26-year-old quick returned to action for Sussex in a drawn County Championship match against Kent at Hove this week but bowled only five overs in the visitors' second innings, with the Barbados-born player again troubled by a long-standing injury in his bowling arm. An England and Wales Cricket Board statement confirming Archer's absence from the series against the Black Caps said he was "suffering from pain in his right elbow when bowling".

It added: "The England and Sussex medical teams will now seek guidance, and Archer will see a medical consultant later this week to determine the next course of action on the management of his elbow."

As well as recovering from the elbow injury, Archer had also had surgery to remove a piece of glass from a cut he suffered while cleaning a fish tank.

He made a promising start to his comeback match against Kent, taking 2-29 in 13 overs -- a return that included England batsman Zak Crawley - as he claimed the first two wickets to fall.

But Sussex coach Ian Salisbury confirmed on Saturday evening that he would not bowl again in the four-day match.

"The issue here is a sad one for Jofra," said Sussex captain Ben Brown.

"He's a champion cricketer, so talented and so gifted, but at the moment he cannot do what he wants to do -- he cannot do his skill.

"I really feel for him."

Brown added: "Jofra did the right thing playing in the second XI game the previous week and we all want him to be fully fit and firing for England and for the Ashes and things like that.

"We tried to do what was right for Jofra's career, and he needed to play in this match to prove his fitness, but it just hasn't worked out this week."

England have a busy schedule for the remainder of the year, particularly for multi-format players such as Archer, with the New Zealand games followed by a five-Test series against India, ahead of the T20 World Cup in India and the Ashes in Australia.

Archer's absence against New Zealand could pave the way for fellow Sussex paceman Ollie Robinson to be called into the squad, with Somerset seamer Craig Overton who won the last of his four caps in 2019, also in contention for a place.

Jofra Archer Cricket
Get the latest updates on SA vs IND 2021-22, check out the Schedule and Live Score . Like us on Facebook or follow us on Twitter for more sports updates. You can also download the NDTV Cricket app for Android or iOS.