England pacer James Anderson becomes the most capped English Test cricketer as he surpassed former skipper Alastair Cook, who played 161 games for the national side, the fast has now featured in 162 matches for his country. 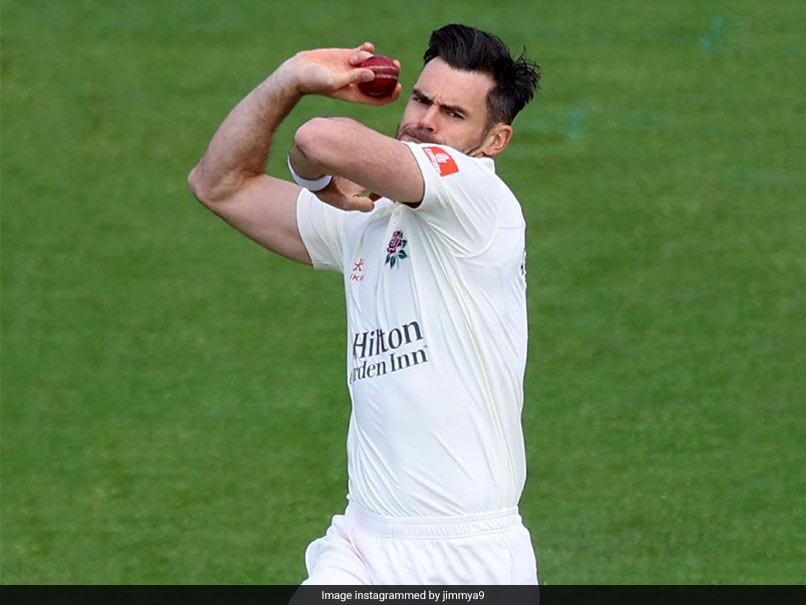 Veteran England pacer James Anderson added another feather to his already illustrious cap on Thursday as he surpassed former skipper Alastair Cook to become England's most-capped Test cricketer. Anderson achieved the feat in the second Test against New Zealand here at the Edgbaston. England won the toss and decided to bat first in the second Test against New Zealand. The legendary pacer has now featured in 162 matches for England one more than Cook, who played 161 games in the longest format.

Fast bowler Stuart Broad is third on the list having played 147 Tests for England while former cricketer Alec Stewart occupies the fourth spot with 133 games under his belt.

Anderson is the only fast bowler who has taken more than 600 wickets in the longest format of the game. He has 616 scalps in Test cricket, 98 more than Broad, who is the other active player in the list of top ten highest wicket-taker.

The right-handed pacer has revealed he wasn't sure if he was good enough to play international cricket when he started off in May 2003 against Zimbabwe at the Lord's.

"I thought I wasn't good enough. I thought it was a huge step up from county cricket. I remember Nasser [Hussain] didn't have a fine leg for me and I went for quite a few runs. My first ball was a no-ball as well so there were a lot of nerves there and I did feel like this was maybe a step too far for me at that point," he said as reported by ESPNcricinfo.

The senior campaigner feels the hurdles that have come in his long career has only made him stronger.

Anderson also admitted that his growth from a good bowler to someone who could win games did take some time and it helped after he put in strong performances against the top teams.

Meanwhile, minutes before the start of the second Test wicketkeeper-batsman BJ Watling was ruled out. Wellington Firebirds wicket-keeper batsman Tom Blundell will take the gloves and bat six in his 11th Test.