England have already sealed the three-match T20I series against Australia, with Jos Buttler performing well in both the matches. 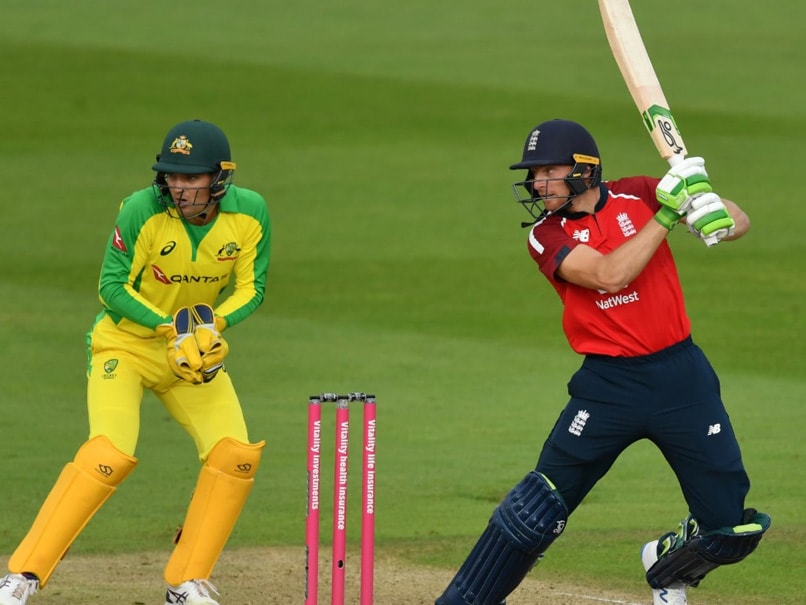 Australia fast bowler Mitchell Starchas stressed that his team will have to come up with a concrete plan for Jos Buttler if they want to make a comeback in the third T20I match against England. England have already sealed the three-match T20I series against Australia, with Buttler performing wellin both the matches. The wicket-keeper batsman scored 44 runs in the first match and played an unbeaten knock of 77 runs on Sunday to help his side secure a six-wicket win in the second T20I.

"He's someone we're going to have to plan for the third game, and obviously the one-dayers as well," Cricket.com.au quoted Starc as saying.

"When you get someone striking the way he has for the last two games, it's obviously powerful for T20 cricket in such a short format. We'll have to chat as a group tomorrow," he added.

After taking his team to the victory in the second T20I, Buttler said: "I've had most of my success in T20 at the top, but that's natural - if you bat in the top three in T20, it's the best place for everyone."

"We've probably got eight or nine guys who'd stick their hand up to bat in the top three; I'm very happy there, but I'm also very happy to do whatever the team needs of me," he added.

The third T20I match between both teams will be played on Tuesday. The T20I series will be followed by a three-match ODI series, beginning from Friday.

Mitchell Starc England vs Australia, 2nd T20I Cricket
Get the latest updates on ICC Women's Cricket World Cup 2022 and IPL 2022, check out the Schedule , Live Score and IPL Points Table. Like us on Facebook or follow us on Twitter for more sports updates. You can also download the NDTV Cricket app for Android or iOS.