The ICC had banned the use of saliva on the ball due to the concerns regarding the spread of coronavirus, but there was no restriction on the use of sweat. 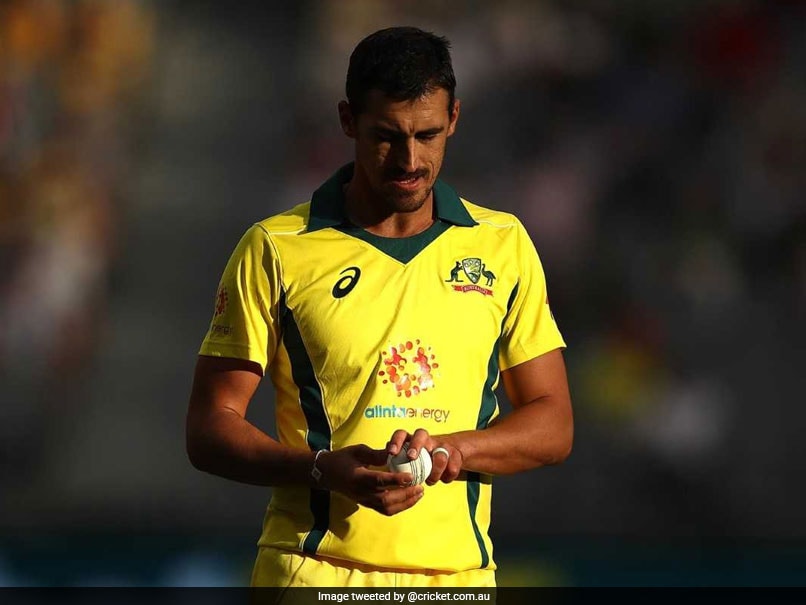 Mitchell Starc said that they will not be allowed to use sweat to shine the ball during England tour.© Twitter

Australia fast bowler Mitchell Starcsaid that there will be "slightly altered guidelines" for the team as they will not be allowed to use sweat on the ball to shine during England tour. "There are slightly altered guidelines from what people may have seen from the previous England series here," ESPNcricinfo quoted Starc as saying after Australia had arrived at the Ageas Bowl.

"You can't use sweat from around the face, neck or head and you obviously can't use saliva," he added.

Announcing the interim changes in playing regulations in June, the International Cricket Council (ICC) had banned the use of saliva on the balldue to the concerns regarding the spread of coronavirus.

However, there were no restrictions on the use of sweat and since the resumption of international cricket, the same has been followed.

Starc does not see the restriction as a "huge issue" in white-ball cricket.

"No doubt we'll find out what it's like in the practice games and whether we need to revisit any planning around it. We haven't been able to use sweat or saliva back in Australia so that was pretty simple. Slightly more lenient here with the bowler allowed to use sweat from certain places. It's not a huge issue in white-ball cricket, I don't think," he said.

Australia will play their first intra-squad warm-up match on Friday.

Mitchell Starc Cricket
Get the latest updates on ICC T20 Worldcup 2022, check out the Schedule and Live Score. Like us on Facebook or follow us on Twitter for more sports updates. You can also download the NDTV Cricket app for Android or iOS.