England vs Australia: England Look To Burst Out Of The Bubble With Australia Flourish 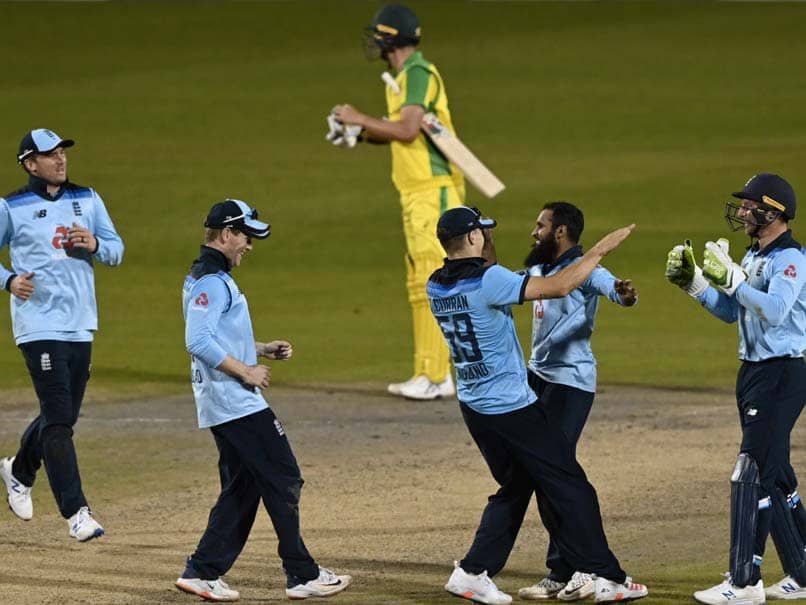 England defeated Australia by 24 runs in the second ODI on Sunday.© AFP

England will aim to end an extraordinary season overshadowed by the coronavirus pandemic with a win against Australia as their arch-rivals wait on the fitness of Steve Smith. Victory at Old Trafford on Wednesday would see 50-over world champions England take the three-match one-day international campaign 2-1. It would also mean they had not lost a series in any format across 18 matches this summer. All those fixtures have been played behind closed doors, with England players holed up in bio-secure bubbles in Manchester and Southampton for the best part of three months.

"When you play Australia you always want to win and there is always enough on the line, but it would be really good for us to finish this summer on a high," said England new-ball bowler Chris Woakes, who acknowledged bubble life has had its "tough times".

Australia will hope to have Smith available. The star batsman missed the first two ODIS after being hit on the head during practice last Thursday.

Team management have repeatedly said Smith, felled by a 92 mph bouncer from England fast bowler Jofra Archer during last year's drawn Ashes Test at Lord's, has been rested as a precaution despite passing two concussion tests.

- 'Tracking in the right direction' -

Australia coach Justin Langer, speaking before Smith batted in the nets on Tuesday, said: "He's definitely tracking in the right direction so we're hopeful he'll be right for tomorrow (Wednesday)."

Marcus Stoinis is in line to drop out but Woakes, while wary of the "world-class" Smith, said: "It can be tricky coming in with not much cricket under your belt and having to perform from ball one in a decider."

Australia were poised to win the series without former captain Smith on Sunday. But from 144-2, chasing 232 for victory, their last eight wickets fell for 63 runs in a dramatic collapse.

Defeat meant Australia had squandered winning positions in all three formats against England in just over a year, starting with a remarkable one-wicket loss in an Ashes Test at Headingley before they threw away the opening Twenty20 match of the current tour.

But Langer insisted: "I don't think there's a mental fragility there."

Woakes said the fightback was an indication of England's resolve under captain Eoin Morgan.

"We have that character and belief that we can win from any position," Woakes said. "A few years ago we probably felt we could only win from that position with the bat, whereas now we can do it with the ball as well."

Meanwhile Langer's faith in David Warner was intact despite the Australia opener having been dismissed four times in a row by Archer and managing just 12 runs in his last three innings.

"Jofra Archer is an incredibly talented bowler but, equally, David Warner: what a player," said Langer, himself a former Australia opener.

"When he gets in he scores hundreds in ODI cricket...He is working overtime to be up for the game."

England are looking to preserve an unbeaten run in home ODI series dating back to a defeat by Australia in 2015.

"To have not lost one in that time is a hell of an achievement," said Woakes.

"Of course you want to keep that going but, more importantly, you want to win this series and maintain that record."