England players went out for a jungle safari on their rest day, ahead of the second ODI at Dambulla. 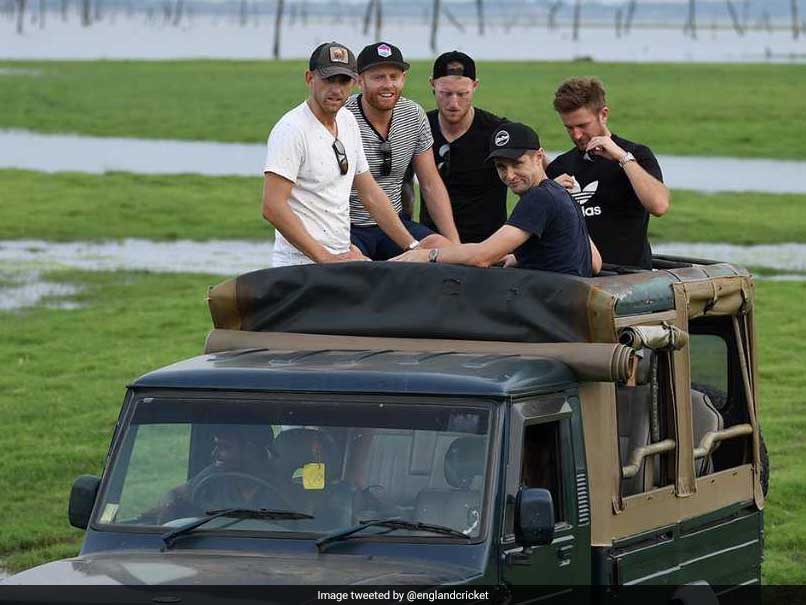 England will play 5 ODIs, one T20I and 3 Tests during the tour of Sri Lanka.© Twitter

The England team is currently on a two-month long tour of Sri Lanka. The first One-day International (ODI) between the two teams, played in Dambulla, was abandoned due to rain. Ahead of the second match scheduled to take place at the same venue on October 13, England players enjoyed their time-off by going out for a jungle safari. According to reports in English media, few of the players of the ODI team, went to Kaudulla National Park to enjoy jeep safari. The England Cricket Board shared the pictures from the safari.

What a experience this was..don't mess around with Elephants especially when they have babies knocking around

The players during the safari experienced a bit of a setback as one of their vehicles got stuck in the puddle. However, with help from the locals, they got out of the tricky situation.

England, in the first ODI against Sri Lanka, breezed to 92 for 2 in 15 overs before rain interrupted the encounter.

The world number one team had handed ODI debuts to fast bowler Olly Stone, 25, and left-arm spinner Liam Dawson, 28, leaving out both Curran brothers at Dambulla.

Post the second ODI at Dambulla, the action will then shift to Pallekele where the third and fourth match of the ODI series will be played. The fifth ODI between the two teams will be played in Colombo.

After the 5-match one day series, England will play a one-off T20I against the home team.

The Test action between Sri Lanka and England will begin from November 6 in Galle.

Ben Stokes Jonny Bairstow Liam Dawson Rangiri Dambulla International Stadium, Rangiri Cricket Sri Lanka vs England, 2nd ODI
Get the latest updates on ICC T20 Worldcup 2022, check out the Schedule and Live Score. Like us on Facebook or follow us on Twitter for more sports updates. You can also download the NDTV Cricket app for Android or iOS.