Jos Buttler said being the number-one ranked one-day side ahead of next year's World Cup on home soil brought its own pressures. 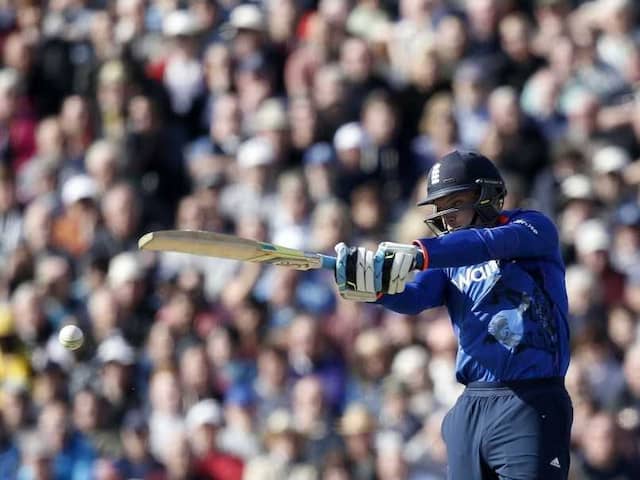 Jos Buttler said the 2019 World Cup was in the back of everyone's mind.© AFP

England are "very happy" being favourites for the one-day series in Sri Lanka but are aware that past tours have been "tricky", Jos Buttler said Tuesday on the eve of the first match in Dambulla. Sri Lanka's captain Dinesh Chandimal warned meanwhile that conditions were "very different" to England, with some "mystery spinners" who could pose problems for Eoin Morgan's batsmen. "Very happy being favourites. It shows we've been doing good stuff and I like being favourites," Buttler told reporters, saying the team were "very confident" and aiming to be "pushing the boundaries".

The batsman added, however: "We're very aware of Sri Lanka's qualities in these conditions. They have some experienced players... It's been tricky in the past for England sides to come here."

He added that being the number-one ranked one-day side ahead of next year's World Cup on home soil brought its own pressures.

"There is always pressure being number one. Once you get there, I think that's when the hard work really starts. You've got a bit of a target on your back.

Buttler said the World Cup was in the back of everyone's mind, but they were taking every series one at a time and hoped to build a core group of players for next year's championship.

Underdogs Sri Lanka are still reeling from the axing of captain Angelo Mathews after a dismal run of 30 losses in their last 40 ODIs including defeats to Bangladesh and Afghanistan in last month's Asia Cup.

Chandimal, who missed the Asia Cup and the preceding ODI series against South Africa due to injury and suspension, cautioned that home pitches had "a lot of spin".

"Especially for the batters it's not easy to play... We have some mystery spinners as well.

"They got all the experience and talent and we have to compete with them. When the situation comes we have some game plans which we will have to execute."

Chandimal said he hoped to improve the team's fielding.

"In the last few days, we worked really hard on our fielding individually and as a group," he said.

"That's the biggest change we are trying to make in this series -- give priority to our fielding and give it a lot of attention."

The five-match one-day series is followed by three Tests in November.

Jos Buttler Cricket
Get the latest Cricket news, check out the India cricket schedule, Cricket live score . Like us on Facebook or follow us on Twitter for more sports updates. You can also download the NDTV Cricket app for Android or iOS.