England have not played in Pakistan since 2005/06. 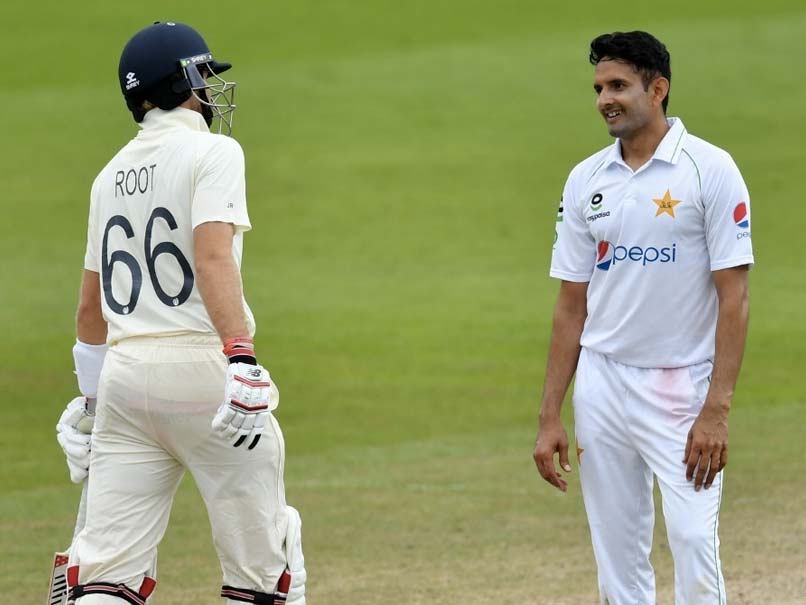 Joe Root has said he "would love" to play in Pakistan but is unsure when the space could be found.© AFP

England captain Joe Root has said he "would love" to play in Pakistan but is unsure when the space could be found in a crowded schedule ahead of a planned tour in 2022. England have not played in Pakistan since 2005/06. An attack by armed militants on Sri Lanka's team bus in Lahore in 2009 ended major cricket tours for a decade, with Pakistan playing the majority of their subsequent 'home' matches in the United Arab Emirates. But Sri Lanka, Zimbabwe, the West Indies and Bangladesh have all since made the trip to Pakistan.

Pakistan are 1-0 down in a three-Test series in England after a weather-affected drawn second Test at Southampton on Monday followed a three-wicket loss at Old Trafford earlier this month.

"I'd love to go and visit Pakistan," Root told reporters after stumps at the Ageas Bowl in an echo of recent comments made by England coach Chris Silverwood.

"It would be a great opportunity to go and play there personally. Unfortunately, it's not my decision to make but it looks a wonderful country to go and play cricket in.

"The wickets look nice and flat, which will be a nice change to what we have just played on here," the top-order batsman added.

Test cricket returned to Pakistan in December, when Sri Lanka were the visitors.

"You see could see the emotion of everyone back in Pakistan when Test cricket was there at the back end of last year," said Root.

"Also, speaking to a few of the players, how much it meant to them as well and they really appreciated being able to play back in Pakistan too."

Earlier this month, Pakistan Cricket Board (PCB) chief executive Wasim Khan, voiced the hope that England could tour before 2022.

"We'd love to have them coming over well before then for a shorter tour," said Khan, a Birmingham-born former batsman in English county cricket. "It's something that we'll speak to the England and Wales Cricket Board (ECB) about."

But Root was wary about how additional fixtures could be added to an international programme still struggling with the fallout from the coronavirus pandemic.

"We've such a busy schedule already with backlogging due to COVID, it will be interesting to see how that would work," he said.

Both the West Indies and Pakistan, among the poorer Test nations, have been praised for travelling to Britain, which has been hit hard by the COVID-19 outbreak, and helping spare the ECB an estimated 280 million pounds ($366 million) loss if their scheduled matches were wiped out by the health crisis.

In order for the matches to proceed amid the virus, both sets of tourists have been restricted to onsite hotels at the Ageas Bowl and Manchester's Old Trafford in a bid to create a bio-secure bubble.

"You (England) boys owe Pakistan cricket, and the country, a lot, with the boys coming over here," Pakistan great Wasim Akram told Sky Sports on Sunday.

Joe Root Cricket
Get the latest updates on ICC T20 Worldcup 2022 and CWG 2022 check out the Schedule, Live Score and Medals Tally. Like us on Facebook or follow us on Twitter for more sports updates. You can also download the NDTV Cricket app for Android or iOS.