Stuart Broad was omitted from the first Test against West Indies. It was the first time in eight years that the right-arm bowler had missed an England home Test. 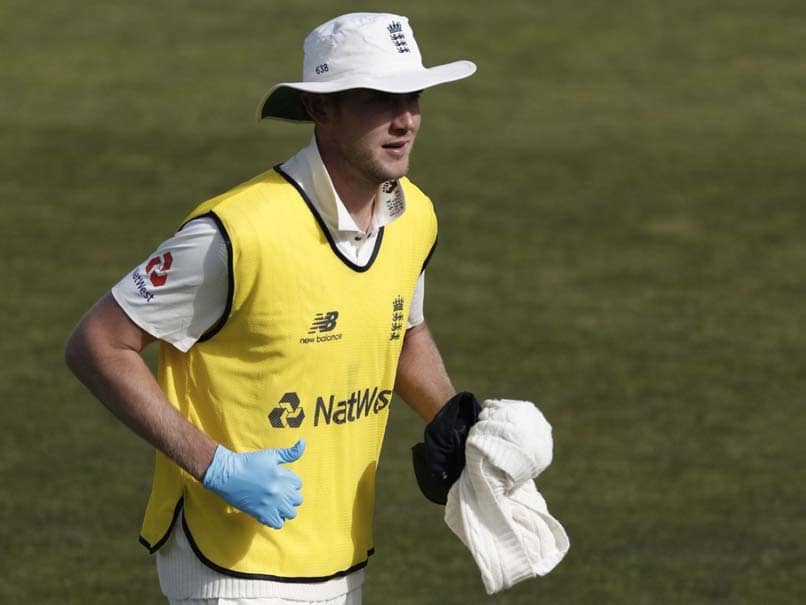 Stuart Broad was not picked for the first Test against West Indies.© AFP

England cricket coach Chris Silverwood has said that experienced bowler Stuart Broad, who was not picked for the first Test against West Indies, still has a big role to play within the side. Silverwood also said he was excited to see that the 34-year-old bowler still has that drive, having done so much for the game. Broad was omitted from the first Test against West Indies. It was the first time in eight years that the right arm bowler had missed an England home Test. "What I did love about it, and subsequently the conversations I've had with him, is that passion. That drive is still there and to see that in someone who's done as much in the game as he has, I find it very exciting, to be honest," ESPNcricinfo quoted Silverwood as saying.

"And Stuart still has a big role to play within this team. I've made that very clear to him," he added.

West Indies defeated England by four wickets in the first Test on the back of Shannon Gabriel's exceptional bowling performance. With the victory, West Indies gained a 1-0 lead over England in the three-match Test series.

Silverwood said the players have to compete to earn the place in the side.

"We have one or two stiff bodies this morning as you can imagine. I've been to see the guys already. But they all seem to have come through well. We will know more after training tomorrow," the England cricket coach said.

"We will put them through their paces and see where we are at. Nothing is a given in this team as we've seen and people will be playing for their spots. Everything will be considered," he added.

The second Test of the series will be played at Old Trafford in Manchester from July 16.