Dwayne Bravo and Sunil Narine showcased their basketball skills and issued a challenge for their teammates Jason Holder and Kieron Pollard. 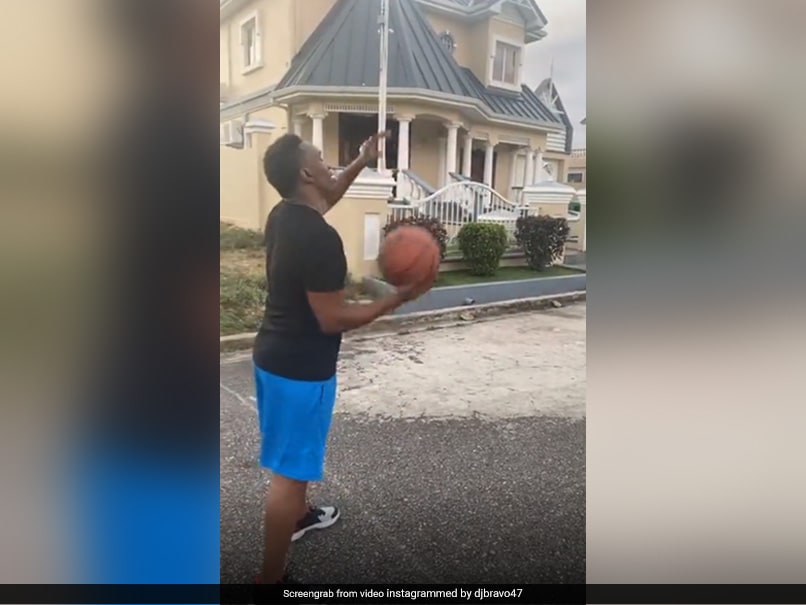 Dwayne Bravo posted a video of him playing basketball with Sunil Narine.© Instagram

Dwayne Bravotook to Instagram to share a video of him playing basketball with his West Indies teammate Sunil Narine in a two-on-two game. In the six-minute-long video, Bravo and Narine can be seen scoring baskets for fun against two youngsters who fail to match the skills of the cricketers. While sharing their skills with a basketball, Bravo challenged Kieron Pollard. "NBA in Timberland Park @sunilnarine24 an de champion show them how to do thingzzzzz @dmbravo46 an @kieron.pollard55 bring your team an come," Bravo captioned the video.

While fans were left in awe of the West Indian duo's basketball skills, their captain Jason Holderwasn't too impressed.

Replying to his captain's comment, Bravo issued a challenge to his skipper.

"@jaseholder98  get your team and take us on Son!! We're waiting," Bravo said.

Recently, Bravo caught up with former Zimbabwe fast-bowler Pommie Mbangwa during an Instagram live session where the all-rounder talked about a number of things from racism in cricket to his bond with former India captain MS Dhoni.

"I just want our brothers and sisters to know that we are powerful and beautiful. And at the end of the day, you look at some of the greats of the world, whether it is Nelson Mandela, Muhammad Ali, Michael Jordan we have had leaders who paved the way for us," Bravo added.

Sunil Narine Cricket
Get the latest updates on IND vs NZ 2021, check out the Schedule and Live Score . Like us on Facebook or follow us on Twitter for more sports updates. You can also download the NDTV Cricket app for Android or iOS.