Comedian Andy Lee was trolled by Dean Jones after he fell into a swimming pool while completing a catching challenge. 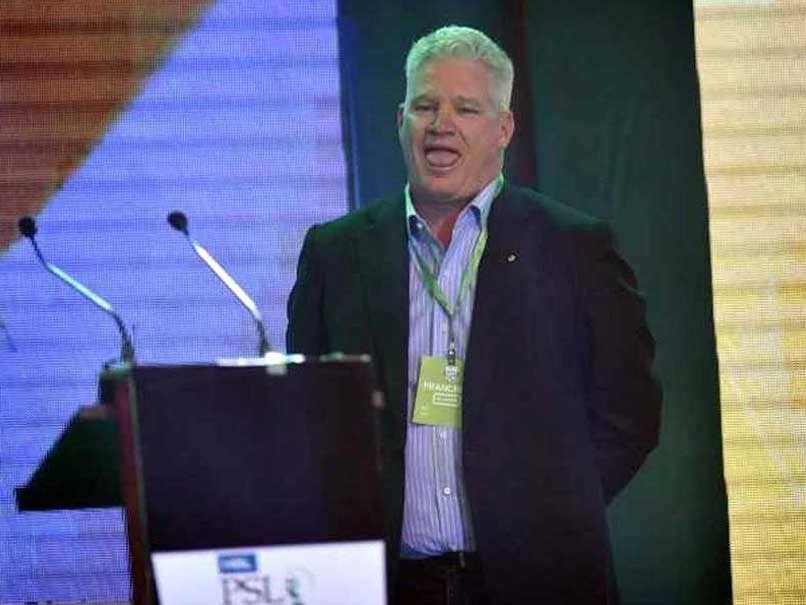 Dean Jones, the former Australian cricketer, shared a fun video of Australian comedian Andy Lee. In the catching challenge video, Andy Lee can be seen hitting the ball high in the sky over his bungalow's roof. As soon as he hits the ball, Andy starts running through his house to catch the ball. Andy catches the ball but funnily enough, falls in his swimming pool after losing his balance in the video. To this, Dean Jones took to Twitter and said," Great job Andy .... But .. any time someone falls in the pool while attempting the catch.. it's a 6.. reload start again".

According to Andy Lee, it took him 68 minutes and 52 attempts to finally catch the ball. He also revealed that he lost 12 tennis balls during the process.

Great job Andy.... BUT .. anytime someone falls into the pool while attempting to catch.. it's a 6.. reload start again.. https://t.co/HrnqqTk2AC

Dean Jones made his debut for Australia on January 30, 1984, against Pakistan in an ODI. Soon after, Jones made his Test debut against West Indies in the same year. Dean Jones played 52 Test matches for his country and scored 3,631 runs with an average of 46.55. He scored 11 Test centuries with a career-best score of 216 runs.

With the coronavirus pandemic bringing all sporting events to a standstill, sports personalities from around the world have been finding ways to keep their fans entertained. India is currently under a 21-day lockdown and chances are that it can affect the upcoming edition of the IPL.

The BCCI had announced that the IPL will begin from April 15, after it got postponed from its original date of March 29. It will be interesting to see if BCCI still goes ahead with the revised schedule as coronavirus cases rise in the country.

Comments
Topics mentioned in this article
Dean Mervyn Jones Cricket
Get the latest updates on India vs England Series, India vs England , live score and IPL 2021 Auction . Like us on Facebook or follow us on Twitter for more sports updates. You can also download the NDTV Cricket app for Android or iOS.