Dean Elgar, who is the most experienced player in the South Africa squad at the moment, said leadership comes naturally to him. 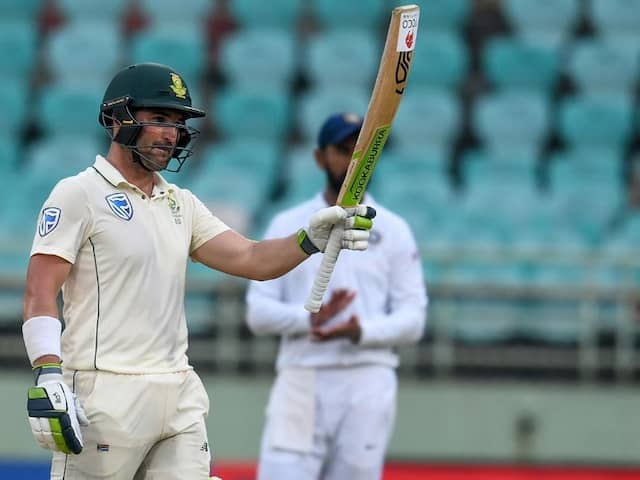 Dean Elgar has captained South Africa in Faf du Plessis' absence in the past.© AFP

South Africa batsman Dean Elgar has expressed his desire to captain Proteas in the longest format of the game. The left-handed batsman also said that leadership comes naturally to him and he has ample experience of leading a team. "If I was asked to do the captaincy it's definitely something I'd think long and hard about because it would really mean a lot to me," Sport24.co.za quoted Elgar as saying. "It's definitely not an easy journey being a Test captain but I think leadership is something that comes extremely naturally to me," he added.

Elgar is the most experienced player in the squad at the moment. The 33-year-old batsman has previously captained the South African side in the absence of Faf du Plessis.

"I've captained teams in the past, right up from school level to the provincial level and then at a few franchise teams. I really enjoyed it," said Elgar

"Captaincy is not a job interview, you're not handing in a CV. You've got to respect the people making the decisions and whichever way they choose, it's ultimately their choice and you respect it. But yeah, I'll definitely have a think about it if it's in any way up for negotiation," he added.

Earlier, spinner Keshav Maharaj had said that he would be more than willing to lead the side in all three formats of the game. Maharaj has some leadership experience behind him as he was the captain of the domestic side Dolphins during the One-Day Cup this season.

After Faf du Plessis stepped down as the captain of South Africa, Quinton de Kock replaced him as the ODI skipper of the Proteas. De Kock also led South Africa in the T20I series against England and Australia this year.

Cricket South Africa is yet to name the skipper of the Test side. South Africa was slated to tour Sri Lanka for three ODIs and three T20Is, but the series was postponed due to the coronavirus pandemic.