"Nothing Better Than Spending Time With My Wife": David Warner Enjoys Quality Time With Candice

David Warner posted down a heartfelt note for his "amazing lady", wife Candice, on Instagram. 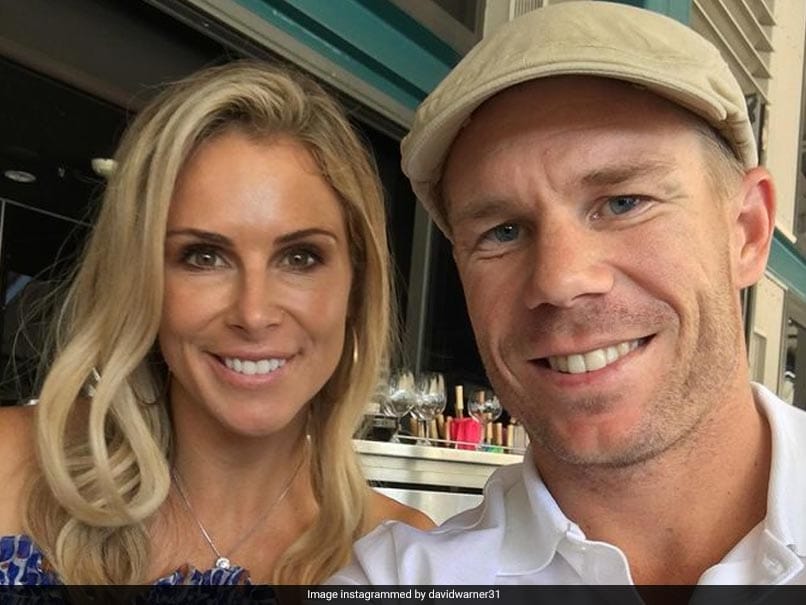 David Warner poses for a photo with his wife, Candice.© Instagram

Away from cricket duties, former Australia vice-captain David Warner is spending some quality time with his wife Candice and their three kids at home. On Thursday, the southpaw posted a sweet picture with his wife on Instagram along with a heartfelt note. "Nothing better than spending time with my wife. Family is everything to me and this amazing lady is nothing but extraordinary. Very proud husband and the girls and I love you so much," Warner wrote. Responding to the post, Candice said, "Thanks my darling boy. Love having you home."

The post was warmly received by Warner's Insta family as well as they dropped heart and heart-eye emojis in the comment section. It garnered over 150k likes within an hour.

Warner is quite active on social media and often entertains his fans with his off-field antics.

On Tuesday, he had posted a video of himself dancing to a Hindi song during a commercial shoot along with Sunrisers Hyderabad teammates Rashid Khan, and Manish Pandey.

In the short clip, the trio was kneeling on a yoga mat with their hands behind their backs and having a gala time. Along with the video, Warner wrote, "Our attempt of a commercial. Rashid Khan, Manish Pandey Caption this?"

Warner could return to field duties next month when Australia travel to West Indies for a five-match T20I and three-match ODI series.

He was last seen in action during the 14th edition of the Indian Premier League (IPL) before it was suspended on May 4. The remaining games of the tournament will take place in the United Arab Emirates between September and October.

Warner did not have a very good run with the bat in IPL this year. He scored 193 runs in six games at a mediocre strike rate of 110.28. He was also sacked as SRH skipper mid-season and was replaced by New Zealand's Kane Williamson.

David Warner IPL 2021 Cricket
Get the latest updates on SA vs IND 2021-22, check out the Schedule and Live Score . Like us on Facebook or follow us on Twitter for more sports updates. You can also download the NDTV Cricket app for Android or iOS.