Australia fast-bowler John Hastings and some of his teammates held a clinic in Kandy with children from Aranayake, Sri Lanka affected by the horrific flooding and landslides earlier this year 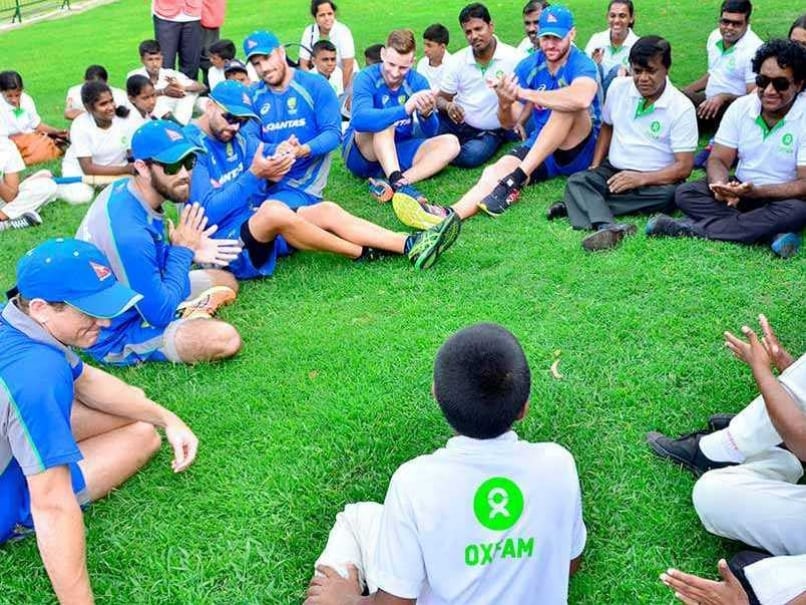 Cricketers might face the wrath of the public for sometimes maybe not giving back to society when more could have been done, and their lavish lifestyle but Australian stars are ought to buck that trend.

Australia fast-bowler John Hastings and some of his teammates held a clinic in Kandy with children from Aranayake affected by the horrific flooding and landslides earlier this year.

WATCH: The Aussies lead a cricket clinic with kids affected by the recent floods and landslides in SL #CricketCares pic.twitter.com/xw1YlHDn9A

On the eve of the final ODI against Sri Lanka on Sunday, Australian cricketers participated in a 'Cricket Cares' -- Cricket Australia's community action programme -- clinic for 40 children and 20 parents impacted by the floods and landslides in May this year that left as many as 200 people reported dead or missing.

The torrential rains, floods, and landslides affected over 425,000 Sri Lankans and displaced 320,000 people from their homes.

The children and their families in attendance were from Aranayake - the site of the worst landslide. All presently reside in camps as their homes were destroyed or are located in landslide prone areas.

Comments
Topics mentioned in this article
Australia Cricket Team Sri Lanka Cricket Team John Hastings Glenn Maxwell Aaron Finch George Bailey Nathan Lyon Cricket
Get the latest updates on ICC T20 Worldcup 2022, check out the Schedule and Live Score. Like us on Facebook or follow us on Twitter for more sports updates. You can also download the NDTV Cricket app for Android or iOS.