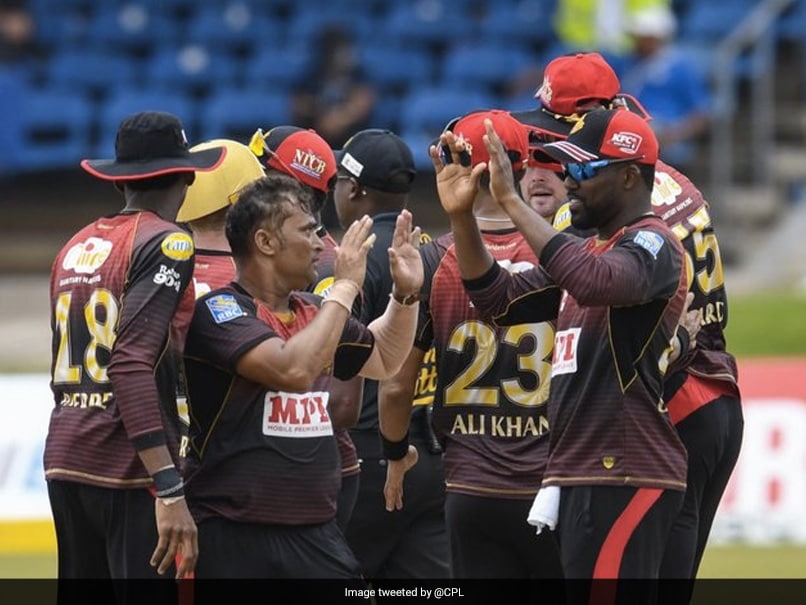 Pravin Tambe, a 48-year-old leg-spinner and the first Indian to feature in the Caribbean Premier League, claimed a maiden wicket in the T20 franchise event on Wednesday. Tambe, playing for Trinbago Knight Riders, only got one over in the rain-affected game against the St Lucia Zouks. However, it was an eventful one.

Najibullah Zadran hit a four off him before Tambe had the last laugh.

Najibullah misread a googly and gave Kieron Pollard a simple catch at cover as Tambe ended with figures of 1/15.

Tambe's all-rounder teammate Dwayne Bravo also scripted history in the same game as he became the first-ever to bowler to pick 500 T20 wickets.

Bravo achieved this feat by dismissing St. Lucia Zouks' Rakheem Cornwal. With this wicket, Bravo also became the first bowler to take 100 wickets in the CPL.

Bravo, like most of his T20 career, was once again very economical in his spell as he returned with an impressive figure of 2/7 in his three overs.

Bravo's supremacy in the T20 format can be gauged from the fact that no other bowler has even crossed 400 wicket mark. Sri Lanka's T20I skipper Lasith Malingais next on the list with 390 wickets. Bravo is also the fastest to reach 300, 400 and now 500-wicket mark.

Bravo's superb bowling in the middle overs coupled with multiple rain interruptions never allowed Zouks to dominate the game and they managed only 111/6 in 17.1 overs.

TKR got a revised target of 72 to win from nine overs, which they achieved with an over to spare, thus registering their fourth win on the trot and go on top of the points table.

TKR won the game by six wickets under the D/L method. Bollywood actor Shah Rukh Khan co-owns the Knight Riders franchise, which started its journey in the Indian Premier League as Kolkata Knight Riders in 2008.

St Lucia Zouks Cricket Cricket
Get the latest updates on IPL Auction 2023 and check out  IPL 2023 and Live Cricket Score. Like us on Facebook or follow us on Twitter for more sports updates. You can also download the NDTV Cricket app for Android or iOS.