Continued To Play With All Those Who Did Wrong: Mohammad Hafeez To Shoaib Akhtar

Mohammad Hafeez told Shoaib Akhtar that when he raised his voice against players caught in match-fixing scandals returning to the national team, he was told that they will play, "you decide if you want to play or not". 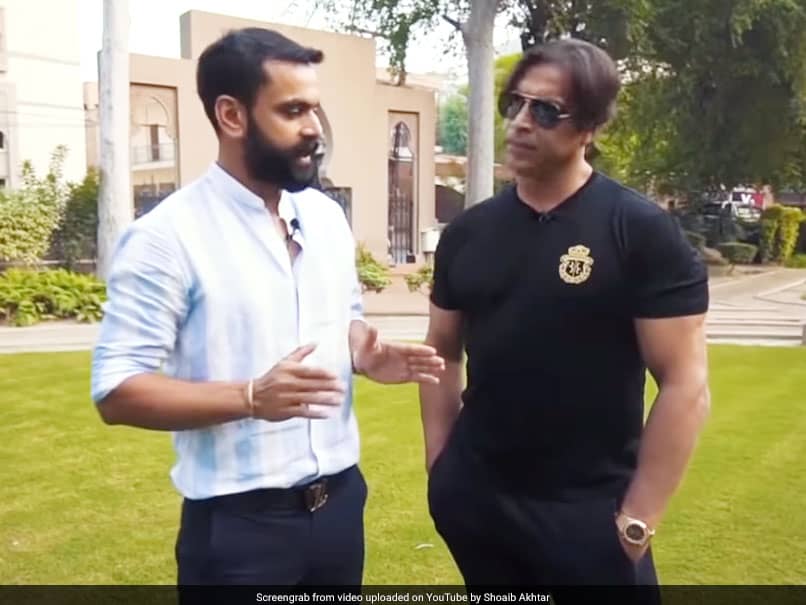 Experienced Pakistan all-rounder Mohammad Hafeez told legendary pacer Shoaib Akhtar that he had to continue playing with those caught in match-fixing controversies despite being strongly against it and raising his voice against it to officials. Hafeez was appearing as a guest on the latest video in Shoaib Akhtar's YouTube channel. Reminding him that he had once said that he won't play with those involved in match-fixing, Akhtar asked Hafeez why he reversed his decision and went on to play with those players.

"That was my principled decision and that is still on. Those who play for Pakistan and can't uphold Pakistan's respect and misuse that opportunity, should never get that chance to get that pride again," Hafeez told Akhtar.

"I had raised my voice then, but I was told that they will play, you decide if you want to play or not," Hafeez said.

"Then I went home and sought advice," he carried on.

"I don't want you to hurt my positive energy for Pakistan," the right-handed batsman said. "So I continued myself, with all those players, although that was wrong," he added.

"It is still wrong and it will never be fruitful for Pakistan to let any such player return to the team," he said.

Shoaib Akhtar had earlier asked Hafeez why young players like Salman Butt, Mohammad Asif and Mohammad Amir get drawn into match-fixing despite the sport itself providing ample financial benefits, to which Hafeez replied saying that players caught up in those controversies usually have some major issues with their lifestyle.

"Those players have some things they want from life and they keep diving deeper into those desires. I feel that if you can control your desires, you can lead an easier life," the experienced player said.

Hafeez has represented Pakistan in 55 Tests, 218 ODIs and 89 T20Is in a career that has spanned over 16 years.