CSK Post MS Dhoni Throwback Picture As "Fashion Icon In Youth". Here's How He Looked Then

CSK on Monday participated in the 'fashion icon in youth' challenge by sharing throwback pictures of MS Dhoni and Sam Curran, among others. 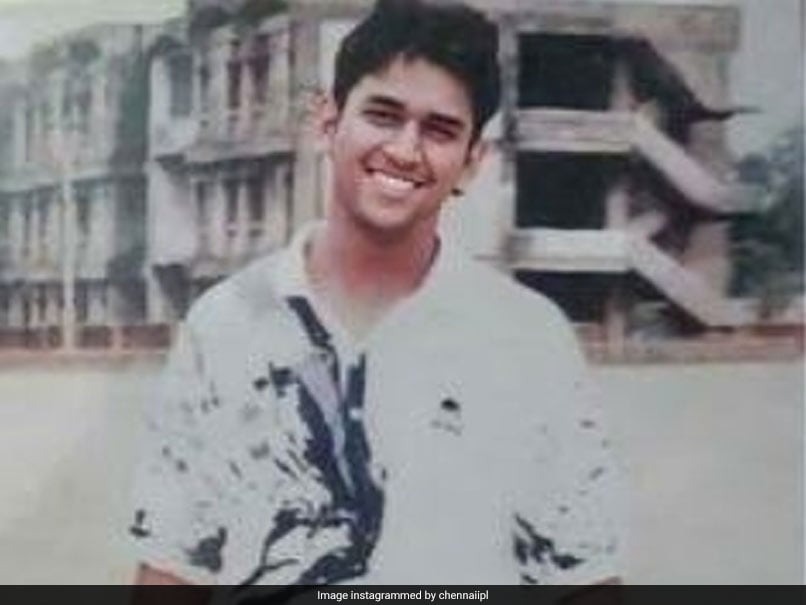 Chennai Super Kings (CSK) on Monday entered the "Fashion Icon in Youth" challenge on Instagram by sharing a throwback picture of MS Dhoni, wearing a black and white t-shirt. The three-time Indian Premier League (IPL) champions also posted photos of their England all-rounder Sam Curran along with Narayan Jagadeesan and Harishankar Reddy as part of the trend. "Did we hear fashion icon in youth," CSK captioned the post on Instagram. A host of celebrities and social media influencers have been taking part in the challenge by sharing pictures of their younger self.

To participate in the challenge, social media users were asked to post a photo that proved they were fashion icons in their youth.

CSK's post was a big hit on social media as it garnered more than 3.9 lakh likes on Instagram within three hours of being shared. The fans also showered their praises on CSK's Instagram admin for sharing the old picture of Dhoni. While some users simply wrote MSD along with heart emojis to show their appreciation, others dropped fire and heart-eye in the comment box.

Meanwhile, Dhoni would return to field duties in September when the 14th edition of the IPL resumes in the United Arab Emirates.

Before the suspension of the league on May 4 due to the surge in COVID-19 cases, the Chennai-based outfit was having an incredible run in the event. CSK were placed at the second spot on the IPL points table with 10 points in their kitty from seven games.

Chennai had won five of their seven games and lost just two - first at the hands of league leader Delhi Capitals (DC), and, second, when they were beaten by defending champions Mumbai Indians (MI).

For Chennai, former South African skipper Faf du Plessis starred with the bat in the first phase of the event. He amassed 320 runs in seven games and had scored four fifties. He was also placed at the third spot in the IPL 2021 batting chart, behind Shikhar Dhawan and KL Rahul.

MS Dhoni Sam Curran Narayan Jagadeesan Cricket
Get the latest updates on SA vs IND 2021-22, check out the Schedule and Live Score . Like us on Facebook or follow us on Twitter for more sports updates. You can also download the NDTV Cricket app for Android or iOS.