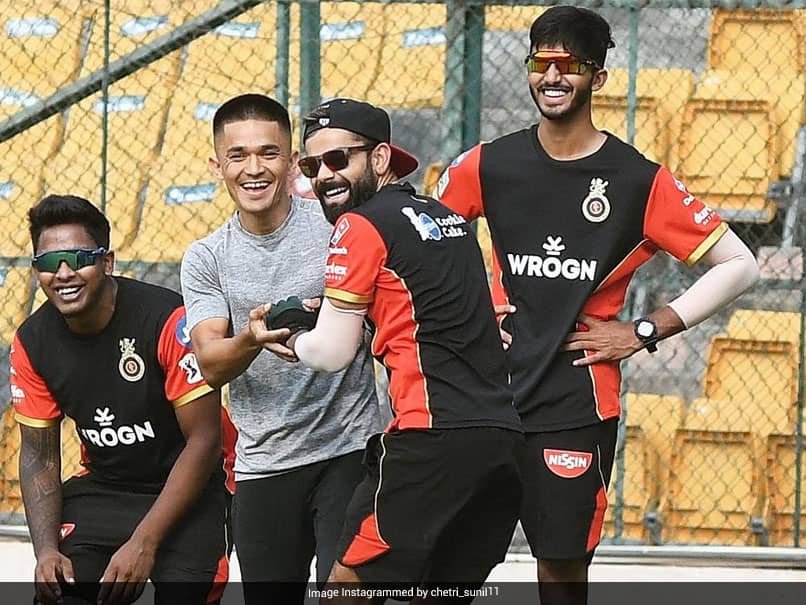 Virat Kohli and Sunil Chhetri are known to be close friends.© Instagram

Virat Kohli and Sunil Chhetri, who are captains of India's cricket and football teams respectively, are two of the most loved sportspersons in the country. So it is no surprise that when the two, who are known to be good friends, went live on Instagram for a chat, it generated a lot of buzz and excitement among fans of both sports. It was, however, Bollywood actor Ranveer Singh who appeared to be the most excited fan, and could not stop himself from bombarding their Instagram live with a deluge of hilarious comments as the two skippers chatted about their lives.

As Kohli and Chhetri - both of who grew up in New Delhi - discussed their teenage years and how they would travel in the city for their training.

Had an amazing time speaking to the champ @virat.kohli about growing up in Delhi, his adventures with cricket, favourite movies and more. Thanks for joining me, skip!

Chhetri asked Kohli if he had a Delhi Transport Corporation (DTC) pass for bus travel or if he would pay for the tickets or use tricks to avoid paying for the ride, Kohli revealed how he could never pull a fast one on the bus conductors.

He spoke of an incident when he tried to talk his way out of paying for a ticket, but the conductor questioned him back and he just got off the bus before his destination as he couldn't fool him.

Chhetri on his part revealed how he would get away without paying for the bus ticket until one day he got caught, and then stopped doing it altogether when the fine for being caught was increased.

It was then that Ranveer Singh commented "Captain kare savari bina ticket (Captain taking a ride without a ticket)." 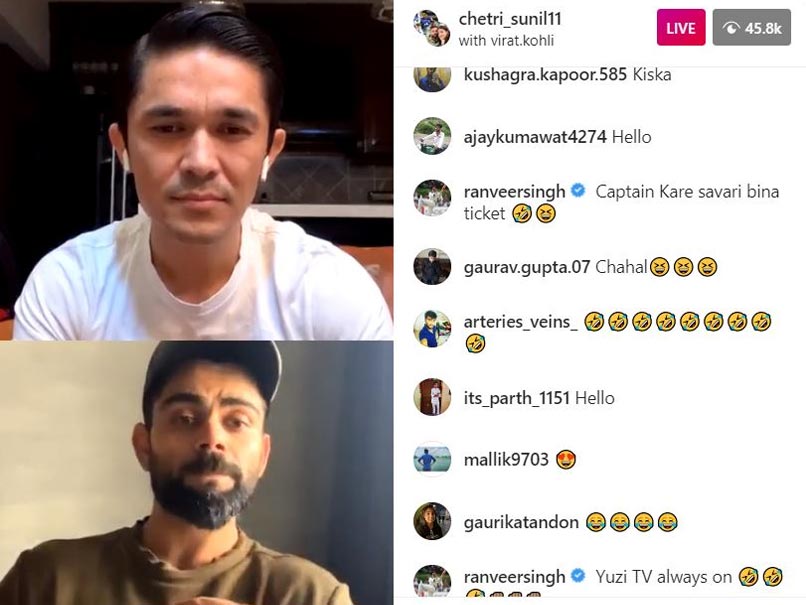 Later, Kohli and Chhetri were discussing anecdotes about how they would have to be resourceful in their youth for simple things like retrieving the ball from the gutter or setting up a court to play badminton, Ranveer chipped in with a hilarious comment.

"Cheeku Jugaadu number one!" he wrote, referring to Kohli by his nickname. 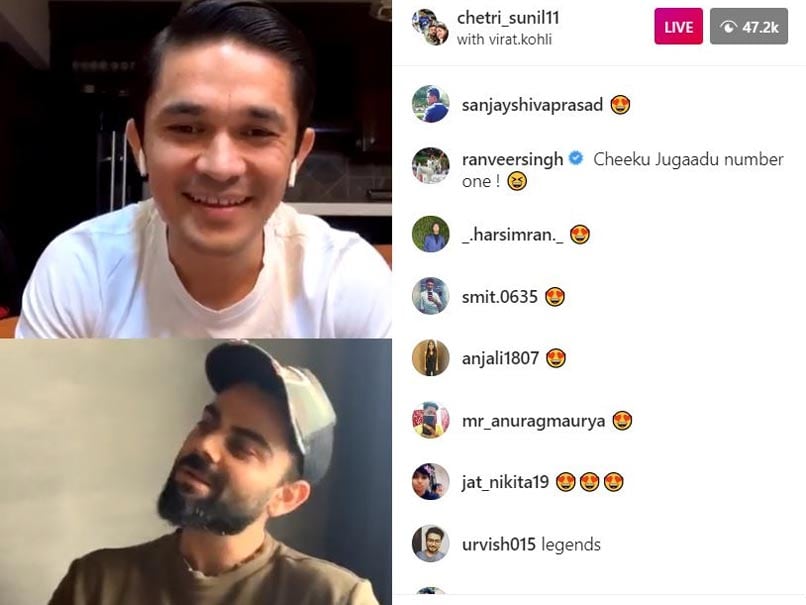 Ranveer did not stop his commenting, and kept peppering their chat with his remarks.

In their chat, Chhetri quizzed Kohli about a variety of things, like when he decided to look at cricket as his primary career goal and what effects Anushka Sharma has had on the stylish batsman's life.

Both Kohli and Chhetri are stalwarts of their respective sports. While Kohli holds a multitude of records and is currently one of the most prolific batsmen in the world, Chhetri has scored the most number of goals for India, with 72 strikes to his name.

Virat Kohli Sunil Chhetri Cricket
Get the latest updates on India vs Australia Series, check out the India vs Australia Schedule for 2020-21 and Ind vs Aus live score . Like us on Facebook or follow us on Twitter for more sports updates. You can also download the NDTV Cricket app for Android or iOS.