Virat Kohli also notched up his 50th half-century in ODIs during the second ODI against Australia in Nagpur. 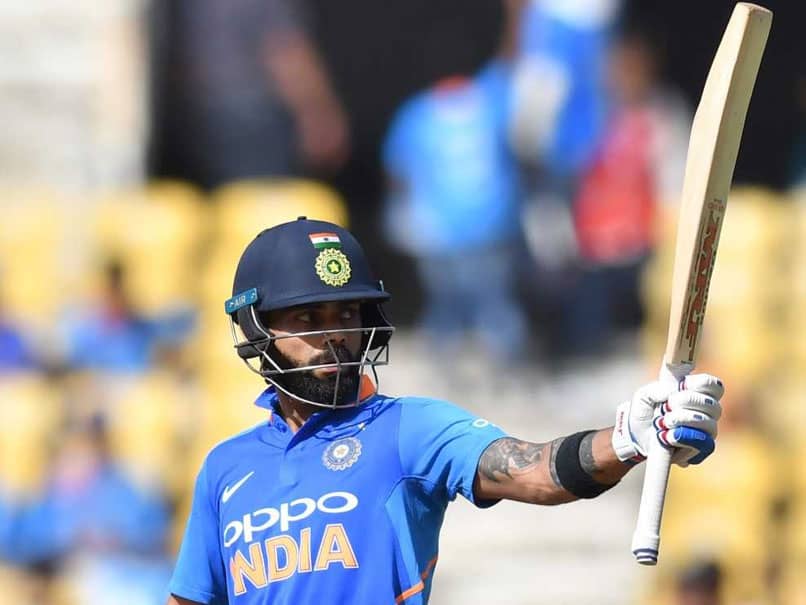 Virat Kohli broke former Australian skipper Ricky Ponting's record to become the fastest to score 9,000 international runs as a captain. The Indian skipper achieved the milestone when he reached 22 runs against Australia during the second One-day International (ODI) in Nagpur. Virat Kohli reached the 9,000-run mark as a skipper in 159 innings while Ponting took 203 innings to reach the same figure. Kohli also became the sixth player to score 9,000 runs in international cricket as captain. Graeme Smith (220 innings), MS Dhoni (253), Allan Border (257), Stephen Fleming (272) are the other former captains in the list.

Kohli also notched up his 50th ODI half-century in the match. He has scored over 10,570 runs in ODIs with a brilliant average of over 59.

Australian captain Aaron Finch had won the toss and elected to field in the second ODI in Nagpur.

The visitors made two changes to the side, bringing in Shaun Marsh and Nathan Lyon in place of Ashton Turner and Jason Behrendorff for the day-night game.

"We expect it to spin a bit and hopefully when the lights come on, it might play better," Finch said at the toss.

India retained the team that won the opening game in Hyderabad by six wickets to go 1-0 up in the five-match series ahead of the World Cup in May and June.

"There won't be much dew in the evening as it's a dry surface. Not typical of the kind of pitches you get here, doesn't look like it will bounce much," said Kohli.

Kohli had scored 44 runs in the first ODI as India lead the five-match series 1-0.