"Can Be A Special Player": Yuvraj Singh, Irfan Pathan Applaud This SRH Batsman

Abdul Samad was in the thick of things though SunRisers Hyderabad fell short of the Delhi Capitals total in the IPL 2020 Qualifier 2. 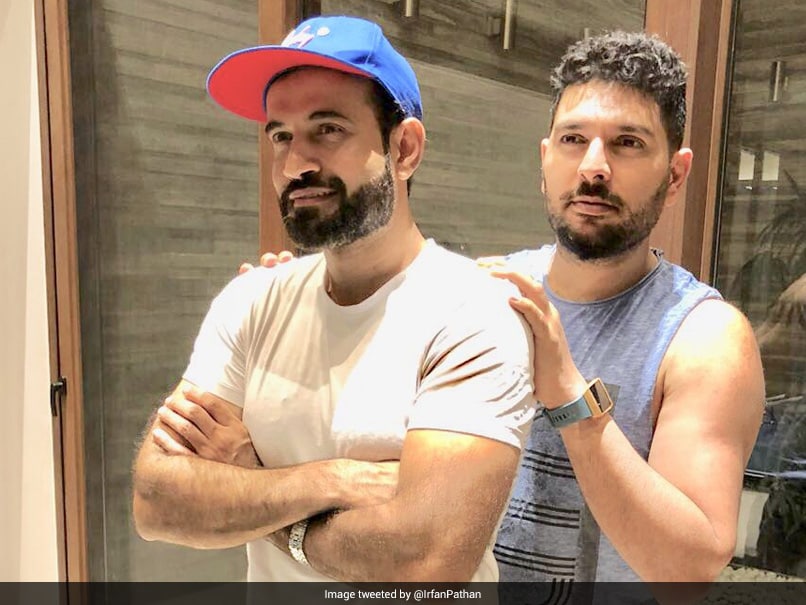 SunRisers Hyderabad's dream of reaching another IPL final were dashed by Delhi Capitals on Sunday. Delhi Capitals beat SRH by 17 runs in Qualifier 2 at the Sheikh Zayed Stadium in Abu Dhabi to enter their maiden IPL final. However, SRH put up a good fight in the chase, and refused to give in till the very last. New Zealand's batting star Kane Williamson's valiant knock went in vain but there were many positives for SRH. Former India cricketers Yuvraj Singh and Irfan Pathan were impressed with one SRH player in particular -- Abdul Samad.

Yuvraj and Irfan took to Twitter to lavish praise on the 19-year-old from Jammu and Kashmir.

"Yes he should have won the game for @SunRisers but really proud of #abdulsamad for showing character and power game," tweeted the former India all-rounder.

Yes he should have won the game for @SunRisers but really proud of #abdulsamad for showing character and power game. #1stseasonofipl

In reply to his tweet, Yuvraj chimed in, saying that Samad has the potential to be a special player in the future.

"#samad showed a lot of promise I feel can be a special player in the future," replied the southpaw.

On Sunday, Samad smashed a 16-ball 33 to keep SRH's hopes alive in the chase. But he failed to get his team across the line, caught at long-off by Keemo Paul off the bowling of Kagiso Rabada.

The youngster has shown a lot of promise but didn't make the starts count throughout the tournament. He played 12 matches for SRH this season, scoring 111 runs at an average of 22.20 and a strike rate of 170.76.

Yuvraj Singh Abdul Samad IPL 2020 Delhi Capitals vs Sunrisers Hyderabad, Qualifier 2 Cricket
Get the latest updates on ICC Women's Cricket World Cup 2022 and IPL 2022, check out the Schedule , Live Score and IPL Points Table. Like us on Facebook or follow us on Twitter for more sports updates. You can also download the NDTV Cricket app for Android or iOS.