Cricket Association of Bengal will organise a special dinner on October 25 in honour of Sourav Ganguly who is set to become the BCCI president. 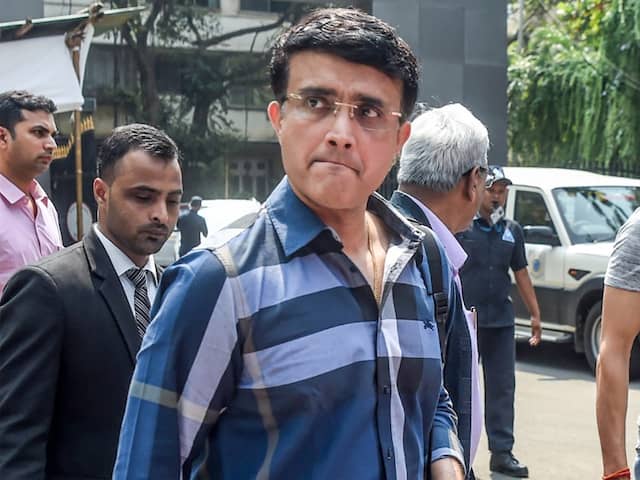 Sourav Ganguly is set to become the BCCI President on October 23.© AFP

A special dinner will be organised by the Cricket Association of Bengal (CAB) on October 25 to celebrate Sourav Ganguly becoming the Board of Control for Cricket in India (BCCI) President. Former India skipper and Hyderabad Cricket Association (HCA) President Mohammed Azharuddin, VVS Laxman, Yuvraj Singh and Harbhajan Singh are expected to grace the event, a source close to the development told IANS. "Azhar, Laxman, Yuvraj and Harbhajan are expected to be present," the source said. Former India captain Ganguly is set to become the BCCI President on October 23 at the Board's Annual General Meeting in Mumbai.

On Thursday, batting legend and long time teammate Sachin Tendulkar said he is expecting Ganguly to play his new role as passionately as he played the game during his glittering career.

"The way he played his cricket, the way he has gone out and served the nation, I have no doubt that he will serve (as BCCI President) in same capacity and in the same manner, with same passion and same focus. That is what I know of him," Tendulkar said on the sidelines of Road Safety World Series league, where he will lead the Indian team which will also feature Virender Sehwag, Zaheer Khan, RP Singh and Ajit Agarkar.

Tendulkar and Ganguly, known to be one of the best opening pairs in the history of the game, hold the record for scoring the highest number of runs as an opening combo in ODIs.

In the 136 innings that the duo opened for India, they scored 6,609 runs, including 21 century partnerships and 23 fifty-run stands.

Yuvraj Singh Mohammad Azharuddin BCCI Cricket
Get the latest Cricket news, check out the India cricket schedule, Cricket live score . Like us on Facebook or follow us on Twitter for more sports updates. You can also download the NDTV Cricket app for Android or iOS.