DDCA President Rohan Jaitley on Monday said the association will request the former India spinner Bishan Singh Bedi to withdraw his demand of removing his name from a stand at the Feroz Shah Kotla ground. 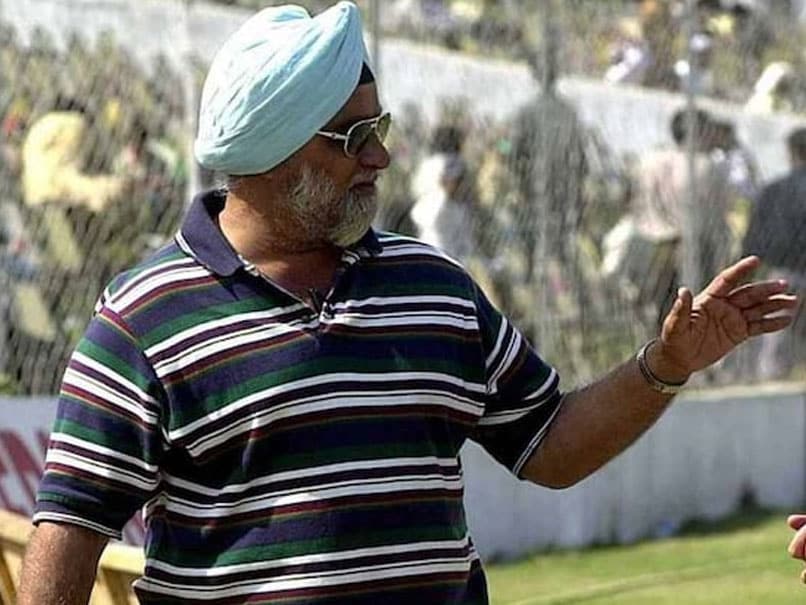 Bishan Singh Bedi has asked DDCA to remove his name from a stand at the Feroz Shah Kotla ground.© AFP

Describing Bishan Singh Bedi as the ''Bisham Pitamah'' of Delhi cricket, DDCA President Rohan Jaitleyon Monday said the association will request the former India spinner to withdraw his demand of removing his name from a stand at the Feroz Shah Kotla ground. Bedi had criticised the controversy and corruption-ridden Delhi and District Cricket Association (DDCA) for choosing to install the statue of an administrator at the stadium instead of an inspirational cricketer and demanded that his name be removed from one of the Kotla stands.

Rohan, who recently took over as DDCA President, said he would have preferred Bedi to discuss the issue with him personally and not made "below the belt" remarks against his father, who died last year due to multiple health issues.

DDCA went ahead and unveiled the statue on Monday.

"Bedi ji is the 'Bhisham Pitamah' of Delhi cricket. If there are reservations, there are better ways of discussing. I am a youngster and I expect to be guided by the elders in the fraternity. His name on the stands is his legacy, an honour bestowed upon him," Rohan said after the unveiling ceremony.

"These matters have to decided by the Apex Council. It's not in my domain. It's not in my power to remove anyone's name. We have discussed it within the DDCA. We are going to request him to reconsider it. It's a long affiliation between the DDCA and Mr Bedi."

Asked if it really matters to DDCA if Bedi's name stays on the stands of the Kotla ground, Rohan said "it does".

"It matters, I want his name to be there. I resect him as much as my father, if he wants to scold me, he can pull my ear but you can't hit below the belt when it is not required.

"Raising (casting) aspersion on someone who is not among us is not fair. If there are reservations, I would have addressed rather than hearing from the media. I am accessible, available to everyone on board."

Rohan said the decisions of renaming the stadium as Aun Jaitley Stadium and installation of his father's statue were taken before he became the DDCA president.

"There are ways to address the grievances. If you start attacking someone, who has just stepped into the office.... I am trying my best to get DDCA's glory back. I can't do it overnight, it will take some time," he said.

Sharing his vision for DDCA, Rohan said players will be at the centre of all development.

"World class infrastructure for players and members, a world class gym will be there in the next few months. We are upgrading cricketing infrastructure, the new lights are being planned. We are already communicating with the DDA on setting up of academies. Two grounds have been identified already.

"We are trying to bring in a more transparent system. Development plans will begin. The old clubhouse has issues, we are already communicating with IIT Delhi to rectify".

Comments
Topics mentioned in this article
Cricket Bishansingh Giansingh Bedi
Get the latest updates on ICC T20 Worldcup 2022, check out the Schedule and Live Score. Like us on Facebook or follow us on Twitter for more sports updates. You can also download the NDTV Cricket app for Android or iOS.