Rohan Jaitley, following his father Arun Jaitley's footsteps, filed the papers for the DDCA president's post on the last day for filing nominations. 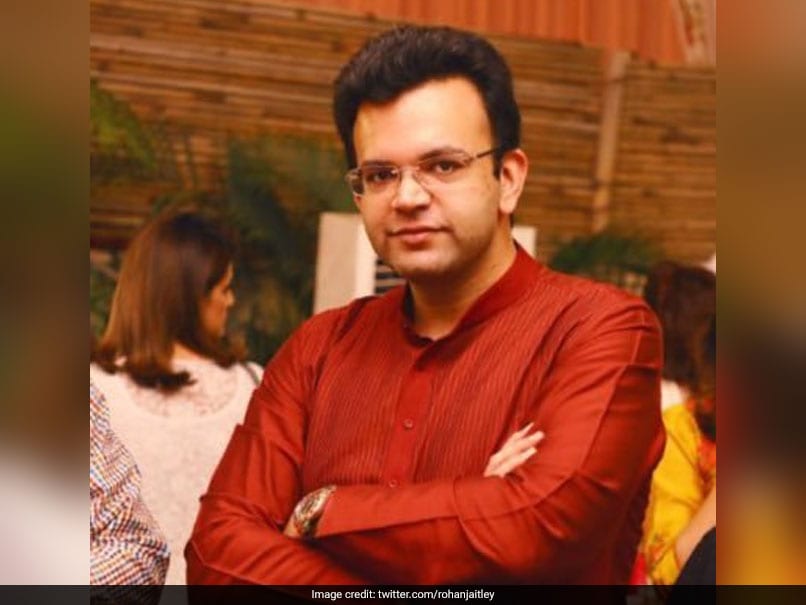 Rohan Jaitley is expected to be the unanimous choice for all factions of the DDCA.© Twitter

Late former finance minister Arun Jaitley's son Rohan is all set to become the next president of the Delhi & Districts Cricket Association (DDCA) and has promised to halt "unnecessary expenses" in the corruption and controversy-ridden body. On the last day of filing nominations for the president's post, Jaitley filed his papers, following in the footsteps of his father, who died last year. He is learnt to have the support of all the major factions in the association. "Yes, I have filed my nomination today. I would like to work for the betterment of Delhi cricket and would love to have everyone on the same page. It's good to come back and serve the association with an aim to take it where it should be," the 31-year-old told PTI during an interaction after the completion of formalities.

It is expected that the young lawyer will be a unanimous choice of all warring factions at the DDCA. When asked about it, he laughed.

"I don't mind a contest. It is good for the democratic process. The idea is to bring in good people at appropriate times to have checks and balances in place," he said.

Asked about his plans, Jaitley seemed pretty clear about what he would like to achieve.

"The first idea is to get a Vision Document and also put the necessary checks and balances in place so that we move in right directions," he said.

"I will be working on some unexplored areas of of integrity, technology and giving due importance to sports management, along with sports clubs, and infrastructure."

But what about the unpaid dues to support staff and all those litigation expenses running into crores?

"I can only take up these issues when I assume office. I can assure that no unnecessary expenses will be incurred. Only valid expenses shall be incurred," he said.

"I read news about lots of litigation expenses and I don't second that. I would urge everyone to work for the betterment of the association."

It will be his maiden entry into cricket administration and DDCA is much-maligned for its multiple factions like the Vinod Tihara group, the SP Bansal group, and CK Khanna group to name a few.

Asked about what would be his way of dealing with groups which have often affected growth of cricket in Delhi, he gave a practical reply.

"Groupism is in DNA of DDCA. Now if you look at building consensus, then I would look at it from a different perspective. Each group has good people in it. Good people should be elected in different posts, so that they can all contribute," he said.

"So I was talking to Maddi paa (Madan lal as he is addressed in Delhi circuit). He was saying that we need to work together and I told him that we need to bring the best out of everyone. Let there be cricket reforms committee and let reforms be put on record," he said.