The match was originally scheduled to be played at Optus Stadium, and hosted by the Perth Scorchers following their defeat in The Qualifier on Saturday. 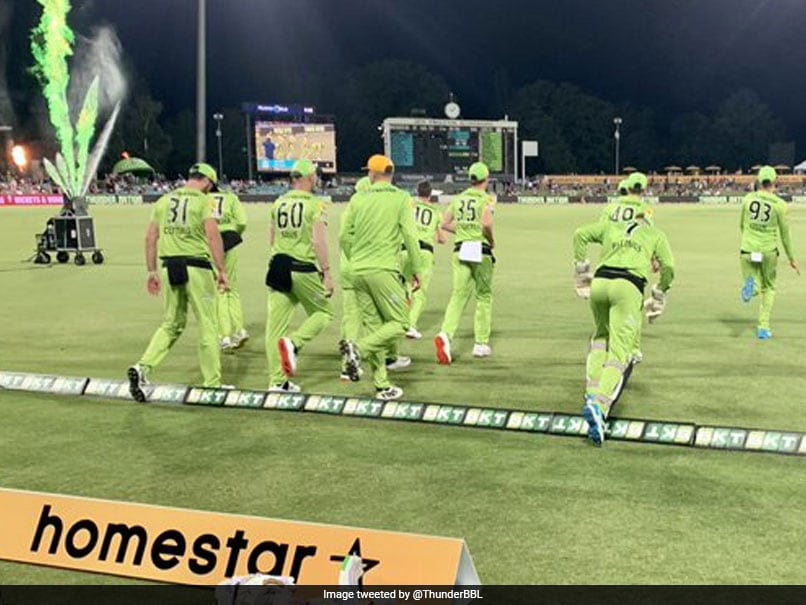 Big Bash League: Sydney Thunder were defeated by Brisbane Heat in the Knockout match at the Manuka Oval.© Twitter

Cricket Australia (CA) on Sunday confirmed that Thursday's Challenger match in the Big Bash League (BBL), has been moved to Manuka Oval following the announcement of a five-day lockdown in Perth by the Western Australian Government. The match was originally scheduled to be played at Optus Stadium, and hosted by the Perth Scorchers following their defeat in The Qualifier on Saturday night. The Scorchers will now instead remain in Canberra and face Brisbane Heat. Alistair Dobson, Cricket Australia's Head of Big Bash League, said: "The League would like to extend its best wishes to all KFC BBL fans in Perth, particularly those Scorchers fans who were hoping to see their team in action this Thursday, following the announcement of a hard lockdown by the WA Government."

"We support all governments across Australia in their efforts to manage the ongoing public health situation, and wish Western Australia all the best in managing these latest developments. Likewise, we would also like to thank the Perth Scorchers for their understanding regarding the decision to move The Challenger to Manuka Oval. This has been an unprecedented KFC BBL season and the ongoing flexibility and cooperation has been vital in getting us to this point of the Finals series," he added

On Saturday, it was confirmed that the final of the Big Bash League would be played at the Sydney Cricket Ground (SCG) on February 6.

The decision was taken as Sydney Sixers defeated Perth Scorchers in the Qualifier.

Brisbane Heat Cricket
Get the latest updates on ICC T20 Worldcup 2022 and CWG 2022 check out the Schedule, Live Score and Medals Tally. Like us on Facebook or follow us on Twitter for more sports updates. You can also download the NDTV Cricket app for Android or iOS.