The frequent use of a Hindi cuss word by Virat Kohli has made Ben Stokes' name the source for many quips and memes. 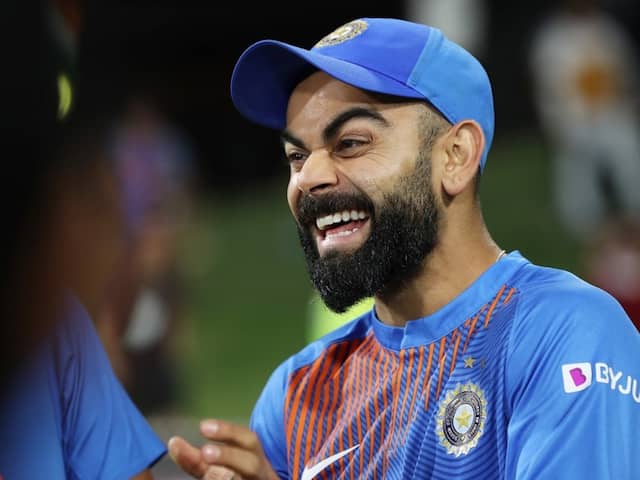 Ben Stokes' hilarious reply to a question on Virat Kohli has gone viral on Twitter.© AFP

Virat Kohli's use of a certain cuss word in Hindi, which bears similarities to the pronunciation of Ben Stokes' name, has led to some hilarious episodes on social media. So much so that the English all-rounder once jokingly threatened to delete his Twitter account. This time around, the England all-rounder didn't wait for anyone else to draw similarities with Kohli's now-famous cuss word and his name. To a question on Twitter: "If you were on the phone with Virat Kohli, what would you tell him?" the 28-year-old England cricketer came up with a hilarious reply that quickly went viral on Twitter.

Within a matter of minutes, Stokes' reply was retweeted over 1.8K times and garnered over 7K likes.

"Ben Stokes" if you know you know https://t.co/xgZtYFQAoR

As expected, fans came in their numbers, flooding the comments section with GIFs of Kohli mouthing the cuss word and several memes.

You sir won the internet today. Hats off!! pic.twitter.com/b7UWfuPWGP

The England cricket team is currently on tour of South Africa. The visitors outclassed the hosts the four-match Test series, winning it 3-1 despite losing the first match.

Ben Stokes had a brilliant outing in the series. He was the third-highest run-getter in the series behind Quinton de Kock and Dominic Sibley, scoring 318 runs in seven innings at an average of 45.43.

The all-rounder was also the fifth highest wicket-taker with 10 scalps to his name. However, the series ended on a sour note after Stokes was fined 15 per cent of his match fee for swearing at a spectator during the fourth Test.

Stokes also received one demerit point for a level one breach of the ICC Code of Conduct. He admitted an offence of "use of an audible obscenity during an international match" and accepted the sanction suggested by ICC match referee Andy Pycroft.