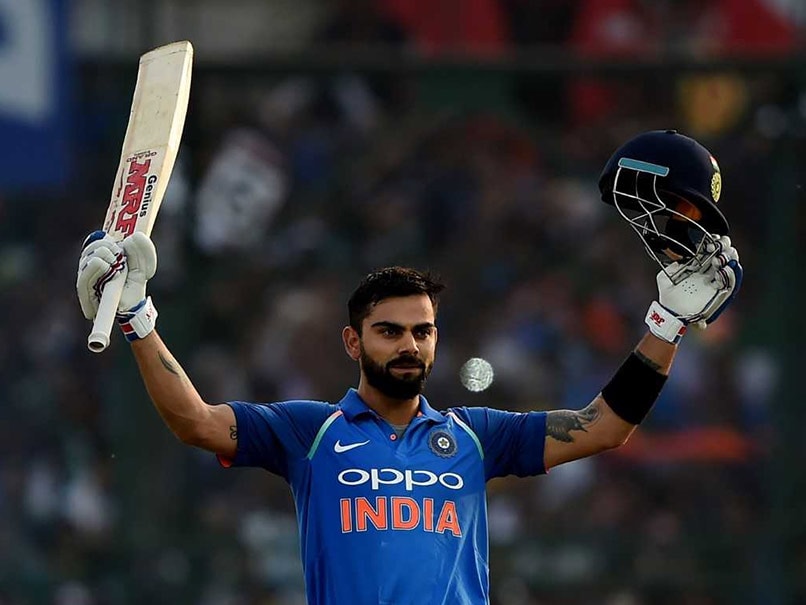 The BCCI nominated Virat Kohli's name for the Khel Ratna award for the second time.© AFP

The Board of Control for Cricket in India (BCCI) on Thursday recommended India captain Virat Kohli's name for the Rajiv Gandhi Khel Ratna honour. Along with him, the Indian cricket board also recommended former India captain Rahul Dravid for the prestigious Dronacharya award and legendary Sunil Gavaskar for the Dhyan Chand Lifetime Achievement award. CoA chief Vinod Rai confirmed Dravid's nomination for the Dronacharya award. "Yes, we have sent a number of nominations in various categories to the government. Rahul is the BCCI nominee for the Dronacharya award," Rai told PTI.

Dravid has been nominated for successfully guiding the India U-19 team to 2018 ICC Cricket World Cup title earlier this year. Under his guidance, the U-19 batch of 2016 played the final of the ICC World Cup. Dravid has also worked with India A team and is the bridge between international and junior cricket.

BCCI had stopped sending nominations for Dronacharya awards due to multiple coaches at times claiming credit for a player's success.

"It happened when a former India opener had signed two nominations where coaches claimed that the player worked under them. From then, we had stopped sending nominations," a senior BCCI official said.

"However when Rajkumar Sharma (Kohli coach) got Dronacharya award, it was a personal nomination. He was not BCCI nominee. For someone of Rahul's stature, we have decided to depart from convention," the official added.

As per Kohli's nomination for Khel Ratna, it has been learned that BCCI has nominated the Indian captain him for the second time.

Kohli's name was sent in 2016 but being the Olympic year, the three stars of Rio, PV Sindhu, Sakshi Malik and Deepa Karmakar were conferred with the award.

As far as Gavaskar is concerned, his contribution in Indian cricket as a player and then as a critique has been unquestionable.

Normally, the convention for Dhyan Chand award is to confer those who have not got Arjuna award during their playing days. However, Gavaskar is an Arjuna awardee.

Comments
Topics mentioned in this article
India Cricket Team Virat Kohli Sunil Gavaskar Rahul Dravid Cricket
Get the latest updates on India vs Australia Series, check out the India vs Australia Schedule for 2020-21 and Ind vs Aus live score . Like us on Facebook or follow us on Twitter for more sports updates. You can also download the NDTV Cricket app for Android or iOS.