Bangladesh vs West Indies, 2nd Test: Nkrumah Bonner continued with his form from the 1st Test match, and was on top form against the home side's bowlers on Day 1, in Dhaka. 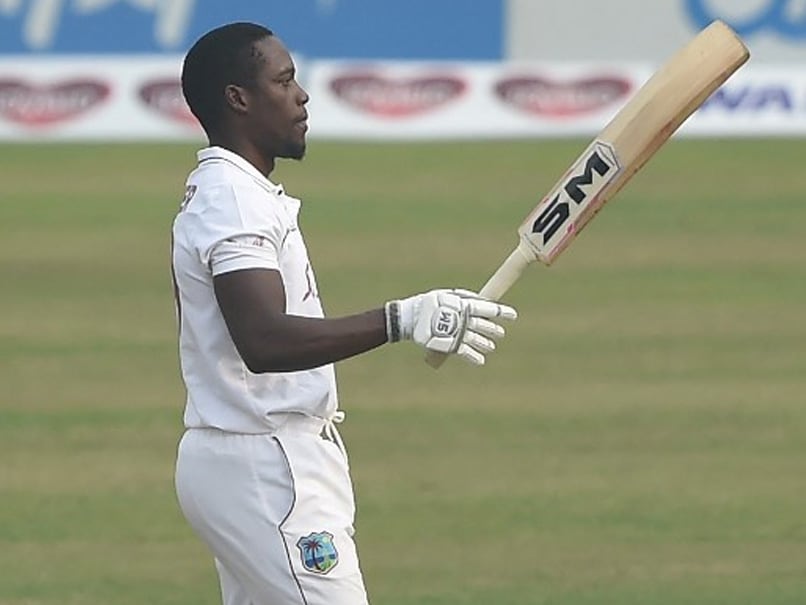 Nkrumah Bonner scored an unbeaten half-century as the West Indies and Bangladesh shared the honours on the opening day of the second and final Test in Dhaka on Thursday. Bonner hit 74, guiding the West Indies to 223-5 at stumps after skipper Kraigg Brathwaite won the toss and elected to bat first at the Sher-e-Bangla National Stadium in Dhaka. Wicketkeeper-batsman Joshua Da Silva was unbeaten on 22 alongside Bonner at the close. Pacer Abu Jayed (2-46) and left-arm spinner Taijul Islam (2-64) were the most successful bowlers for Bangladesh, who must win the match to avoid a defeat in the two-Test series.

Brathwaite hit 47 from 122 balls as the West Indies seized the early momentum, before the hosts clawed their way back into the contest.

Taijul made the first breakthrough, dismissing John Campbell lbw for 36 to end his 66-run opening stand with Brathwaite.

Campbell reviewed the decision in vain after he attempted a sweep off a flighted delivery only to miss the line.

Shayne Moseley dragged one off Jayed to be bowled for seven after the West Indies resumed the post-lunch session with 84-1.

Occasional pace bowler Soumya induced an edge from Brathwaite, which was caught by Najmul Hossain at first slip.

Brathwaite, who looked solid until his only loose shot of the day, departed after hitting four fours in his dodged innings.

Jayed delivered a telling blow by dismissing first Test hero Kyle Mayers, who was caught by Soumya at slip.

Taijul then took a catch off his own bowling in the final session to remove Jermaine Blackwood for 28.

It ended Blackwood's impressive 62-run fifth wicket stand with Bonner, who scored 86 in the second innings of the first Test.

The West Indies lead the two-match series 1-0 after winning the first Test in Chittagong.

Abu Jayed Bangladesh vs West Indies, 2nd Test Cricket
Get the latest updates on ICC Women's Cricket World Cup 2022 and IPL 2022, check out the Schedule , Live Score and IPL Points Table. Like us on Facebook or follow us on Twitter for more sports updates. You can also download the NDTV Cricket app for Android or iOS.