Ottis Gibson said the fact that Australian captain Steve Smith had admitted the tampering was a deliberate act planned by a group of players had tarnished the reputation of a great cricketing nation. 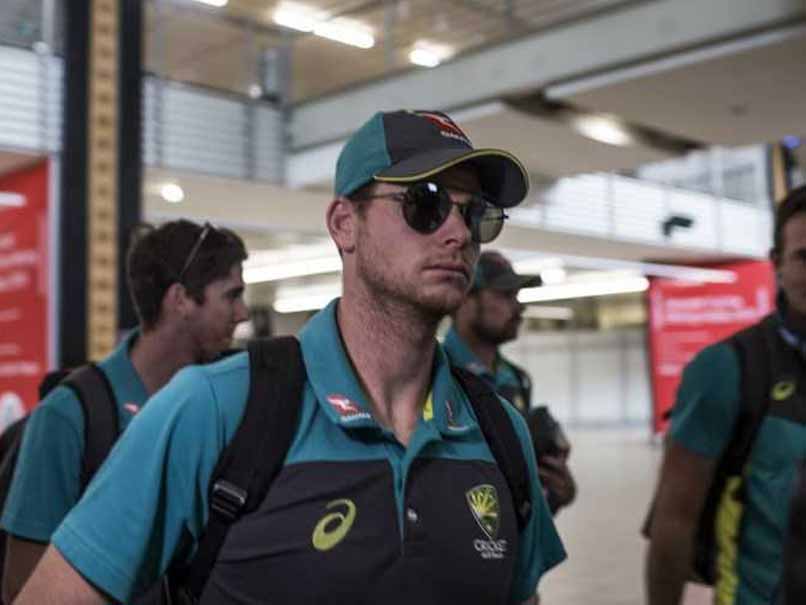 South African coach Ottis Gibson on Tuesday said that that Australia's desperation to win might have driven them to tamper with the ball during the third Test at Newlands, Cape Town. "The Aussies have said themselves that the brand of cricket they play is to win at all costs," said Gibson of the controversy that erupted when television cameras caught Cameron Bancroft rubbing the ball with a sticky piece of tape.

"When you look at the Ashes (against England), they were never really behind in many of the games," said Gibson.

"They won quite comfortably. Here they were behind a couple of times and perhaps that desperation came into it for them. It's a shame that something like this had to happen for them to have a look at themselves."

Gibson acknowledged that teams around the world tried to find a way to get reverse swing.

"Every team since the beginning of reverse swing, everybody tries to get the ball reversing," he said.

"They skim it in, they bounce it in, they try and get it rough. The spinner gets his hand in the dirt and rubs it on the ball. Everybody has a way of getting the ball to go a little bit further."

Gibson said the fact that Australian captain Steve Smith had admitted the tampering was a deliberate act planned by a group of players had tarnished the reputation of a great cricketing nation.

"Those great players from the past will now feel like their good name has been tarnished a bit, so people have a right to be upset about it," he said.

He hoped South Africa would never be caught out in similar circumstances while he was coach.

"I'm not going to sit here and say that we're whiter than white or anything but we'll try and play the game within the rules. We know where the rules are and the imaginary line that we talked about for the whole series, we feel like we know where that is and we'll try not to cross the line."

Gibson said strong umpires needed to take control of series such as the current one. Umpires Kumar Dharmasena and Sunderam Ravi were criticised for not defusing on-field tensions during the first Test in Durban, setting the tone for a fractious series.

Although he did not directly add to the criticism, Gibson said: "From the start of the series I said that any series that involves Australia and South Africa, England and India, those series need the best umpires, the strong umpires, and that's something for the ICC to look at."

Asked whether he thought South Africa's SuperSport television had deliberately targeted the Australians, Gibson said: "I think the host broadcaster just did their job and they did it very well. It seemed like they saw something a little bit untoward and they were diligent in doing their job."

All Drama, No Drinks Yet

Gibson revealed on Tuesday that there has yet to be any after-match socialising during the drama-filled series against Australia. Asked to compare the atmosphere between the current series and Ashes Tests in which he has been part of England's coaching team, Gibson said despite the hype around Ashes series, players had got on away from the field. "This series has had a bit of an edge to it that is different to the Ashes," he said. "At the end of the Ashes (Tests) you sit down and have a drink together."

He said relations had also been good earlier in the season when South Africa played India in a clash between the two top-ranked Test nations.

"When we played against India it was a tough series, but at the end of every game the guys came and had a drink together," he said.

"We haven't had that opportunity yet against the Aussies for whatever reason because after every Test match there was some sort of drama, somebody had to go and see the match referee or there was some little conflict, stuff like that."

He hoped the situation would be different at the end of the fourth Test, which starts in Johannesburg on Friday.

Comments
Topics mentioned in this article
South Africa Cricket Team Australia Cricket Team Ottis Delroy Gibson Steven Smith Cameron Bancroft David Warner Cricket
Get the latest updates on IND vs NZ 2021, check out the Schedule and Live Score . Like us on Facebook or follow us on Twitter for more sports updates. You can also download the NDTV Cricket app for Android or iOS.