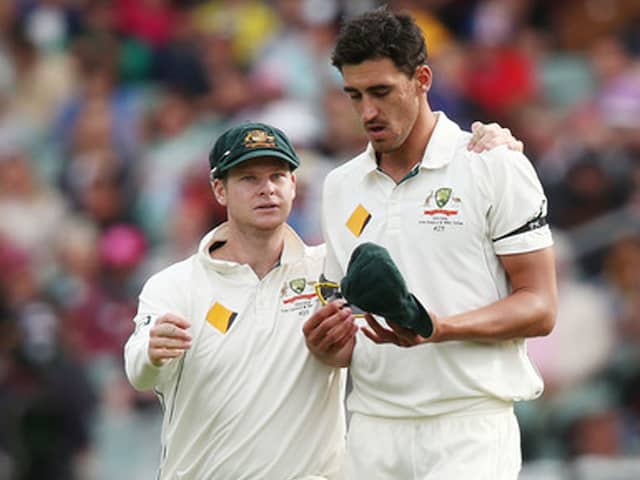 There was a lot of second guessing regarding the team chemistry in the Australian camp following the ball-tampering scandal during the third Test against South Africa in Newlands. Fast bowler Mitchell Starc has finally broken his silence on the matter and expressed his anger over the comments made by former captain Steve Smith during the first press conference with Cameron Bancroft. The left-arm pacer slammed the "the group who decided to go into a press conference" for "not telling the whole truth" that "affected other reputations".

Smith and Bancroft had fronted the media after TV cameras caught the latter red-handed. In the press conference, Smith claimed that the decision to alter the condition of the ball was made by "leadership group".

The comments led to a lot of conjecturing in the media with many claiming that senior bowlers like Starc, Josh Hazlewood and Nathan Lyon were also part of the "leadership group" that Smith was referring to.

However, Starc, like Hazlewood, denied any knowledge of the plot.

"Going back to what Sue (corporate adviser Sue Cato) said before about being upfront and tackling a problem head on, that's something the group who decided to go into a press conference didn't really think about," The Australian quoted Starc as saying at a forum in Sydney.

"They obviously didn't see how big the reaction was going to be at that time and then went down the path of not telling the whole truth and then I guess involving another group, which ruined -- well, not ruined -- but affected other reputations."

Smith along with David Warner was banned from all international and domestic cricket for a year while opening batsman Bancroft was exiled for nine months for their part in the ball-tampering scandal.