Marnus Labuschagne reckons Australia now has a "stable" batting lineup and as a result, the upcoming Test series against India would be a great spectacle for everyone involved. 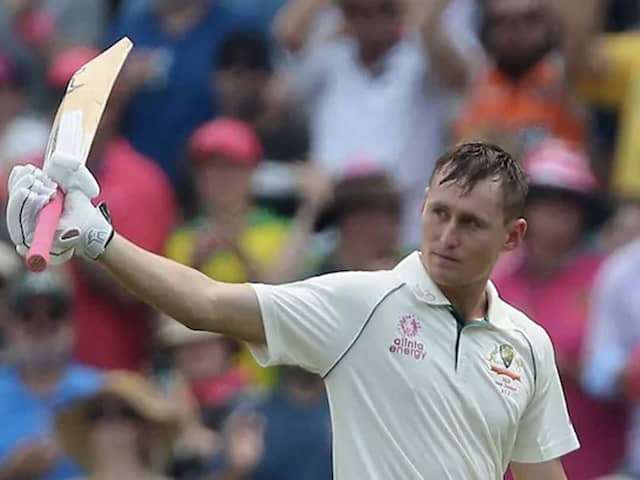 Top-order batsman Marnus Labuschagne reckons Australia now has a "stable" batting lineup and as a result, the upcoming Test series against India would be a great spectacle for everyone involved. The last time India toured Australia during the 2018-19 season, the Virat Kohli-led side registered their first Test series win on the Aussie soil. However, the powerhouse Australian duo -- David Warner and Steve Smith -- were missing in action because of a year-long ban for the ball-tampering scandal.

Australia and India are slated to take on each other in a four-match Test series this year, beginning from December 4 in Brisbane.

In a telephonic interview with ANI, the 26-year-old from Queensland opened up about the upcoming India-Australia series, the new ICC guidelines, and his bond with teammate Steve Smith.

Labuschagne said that India probably has one of the "best bowling attacks in the world" at the moment, however, with the likes of Smith and Warner back in the team, Australia would be in a much more stable position.

"I cannot wait for the series against India. The series will be between the number one and number two ranked sides in the World Test Championship. Having Steve Smith and David Warner is a massive win for us, one batsman averages in the 60s while the second one averages in the high forties. That will add massive balance to our side," the right-handed-batsman spoke to ANI in a telephonic interview.

"I also think that we are playing better cricket now, our batting lineup is more stable now, guys understand their role, it would be a great challenge facing India's bowling attack. India has one of the best bowling attacks in the world, if not the best," added the batsman.

When asked who would be the most challenging Indian bowler to bat against, Labuschagne replied, "Jasprit Bumrah with the extra pace adds a bit of value to the Indian attack, he can swing the ball both ways, he is right up there in the rankings. It would be exciting to see two great pace attacks take on each other. We would be required to be at our best to defeat India."

The second Test of the series, scheduled for later this year, at Adelaide would be a day-night Test. When quizzed about whether Australia would have an advantage over their guests, Labuschagne believes otherwise.

"I don't think Australia would have a clear advantage in the day-night Test, we have played more pink-ball Tests. The way the game is right now, people are used to adapting so I really don't think we would have an outright advantage," he said.

The 26-year-old made his Test debut in 2018, but he couldn't register his presence right away. However, he made a comeback in the national squad in the second Ashes Test at Lord's in 2019. Interestingly, he was called in as a concussion substitute for Smith.

"Steve and I are great mates and, I have learnt a lot from him. We talk quite a bit about batting. Just by watching him play and go about his work, I have managed to pick up a few things," Labuschagne added.

The right-handed batsman registered 1,104 runs at an impressive average of 64.94 in 2019. The stellar run continued to the succeeding year, 2020, when he played an innings of 215, his highest Test score, against New Zealand in Sydney.

However, that was only Test match the Aussie could play as the world sports, along with cricket, had come to a halt due to the global pandemic.

The young batsman has made the world sit up and notice his talent in Tests and One Day Internationals, although, he longs to explore the shortest format of the game. Due to the pandemic, Indian Premier League (IPL), one of the most popular T20 cricket leagues, has also been postponed indefinitely due to the contagious virus.

"IPL is the best T20 competition in the world, and if there is an opportunity to play in the IPL, I would definitely want to go over there and challenge myself against the best players in the world," the Aussie said.

However, his sole focus is to play for his country as and when needed. He is currently ranked at the number three position in the ICC Test batsmen rankings, only behind Steve Smith and Virat Kohli.

The country has somewhat managed to curb the coronavirus, and Labuschagne said that players in Queensland have also returned to full-fledged training with their state sides.

"Lockdown has been good. It has been a good opportunity to work on different parts of your game. It has also been a good opportunity to work on the fitness aspect as well. We have fully resumed our training in Queensland. I did not take much of a break as I really enjoy batting, I was playing a bit of cricket in the backyard so there is not much rustiness," he added.

Australia had last played an international match in March against New Zealand, however, after the first ODI, the remaining two matches were postponed due to the pandemic.

But many parts of the world are recovering from the havoc created by the virus, and hence several world sports are returning back on the field. In the first cricketing encounter since the pandemic arrived, West Indies and England on July 8 kicked off the Test series in Southampton.

However, the International Cricket Council (ICC) has made some modifications in the sport, regarding the use of saliva in the wake of COVID-19 pandemic.

Speaking about the same, Labuschagne said, "I really enjoyed watching the first Test between England and West Indies. I am a big fan of watching cricket, it was a great test between bat and ball, it seemed as if the ball did not swing as much over there, bowlers were not able to shine the ball with saliva so I am unsure whether that had an effect of it."

The Aussie admits that it would be "tough" to maintain the ball with no saliva policy in different conditions.

"I definitely think not using saliva will have an effect, it is tough to maintain the ball with just sweat in tougher conditions. There needs to be a fair contest between bat and ball, there has to be something which can help shine the ball to maintain an even contest between bat and ball, I am not saying use illegal substance but you can try out something which can help the ball stay in even condition," he added.

Earlier today, Cricket Australia announced a 26-member probable list if the series against England goes ahead.

Both CA and ECB are currently working on a situation to go ahead with the limited-overs series in September this year.