During the toss in the match against Sri Lanka, Australia women's team captain Meg Lanning called in teammate Alyssa Healy to do the honours. 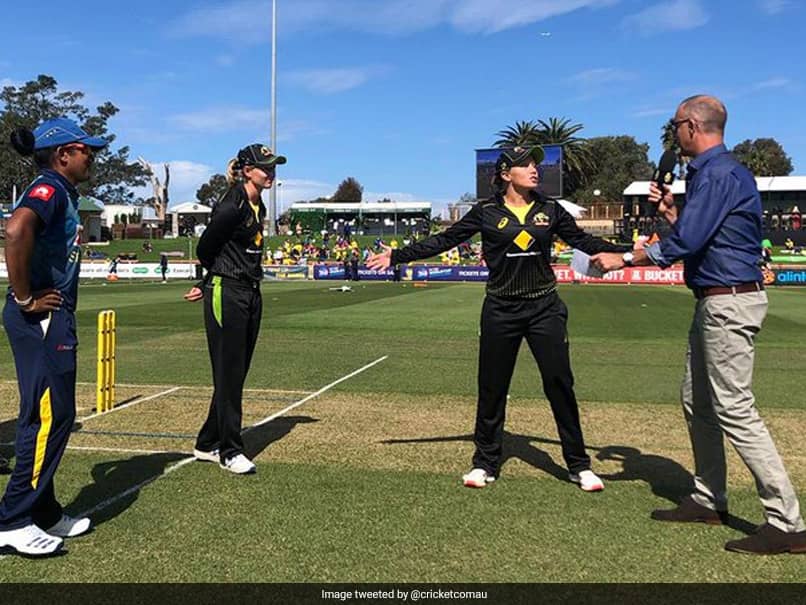 Chamari Athapaththu made all the headlines on Sunday, smashing a record-breaking century in the first Twenty20 International (T20I) of the Australia Women vs Sri Lanka Women three-match series. Despite the heroics of their captain with the bat, Sri Lanka women suffered a 41-run defeat to Australia at the North Sydney Oval in Sydney. However, in all of Chamari Athapaththu's fireworks in Sydney, an unusual incident during the coin toss went completely under the radar. Usually during a coin toss, the two captains of their respective teams take the centre stage. But that wasn't the case on Sunday with the Australian women's team making the bizarre decision of calling in a substitute coin tosser.

During the toss, Australia women's team captain Meg Lanning took a step back and called in teammate Alyssa Healy to do the honours. Incredibly, Healy won the toss and a smiling Lanning, who was standing right next to her, decided to bat.

At the toss, Meg Lanning revealed the reasoning behind the bizarre decision.

"I'll take that one. I'm not sure if you've heard but I have got a pretty bad record with the coin toss and Alyssa Healy has been talking herself up and she's delivered," said the Australian captain.

Here is the entire video of the unusual incident:

Just when you think youve seen it all! #AUSvSL pic.twitter.com/eaKpDnW3jr

Lanning has had a torrid time at the coin toss, winning just one toss on Australia's recent tour of the West Indies.

This is not the first time that such an incident has taken place on a cricket field.

In a T20I against Zimbabwe last year, South Africa's ex-T20I captain Faf du Plessis made the decision of sending JP Duminy for the coin toss. What was more bizarre about that incident was the fact that Duminy was not even in the playing XI for the match.

Meanwhile, Chamari Athapaththu made two records on Sunday as she became the first Sri Lankan woman to score a hundred in T20 Internationals and the only women's team captain to reach the magical three-figure mark during a chase.

She scored 113 runs off 66 balls, including 12 boundaries and six sixes.

The second Australia Women vs Sri Lanka Women second T20I will be played at the same ground in Sydney on Monday.

JP Duminy Cricket
Get the latest updates on India vs Australia Series, check out the India vs Australia Schedule for 2020-21 and Ind vs Aus live score . Like us on Facebook or follow us on Twitter for more sports updates. You can also download the NDTV Cricket app for Android or iOS.