Nepal's Paras Khadka became the only captain to score a century while chasing in a T20I match. 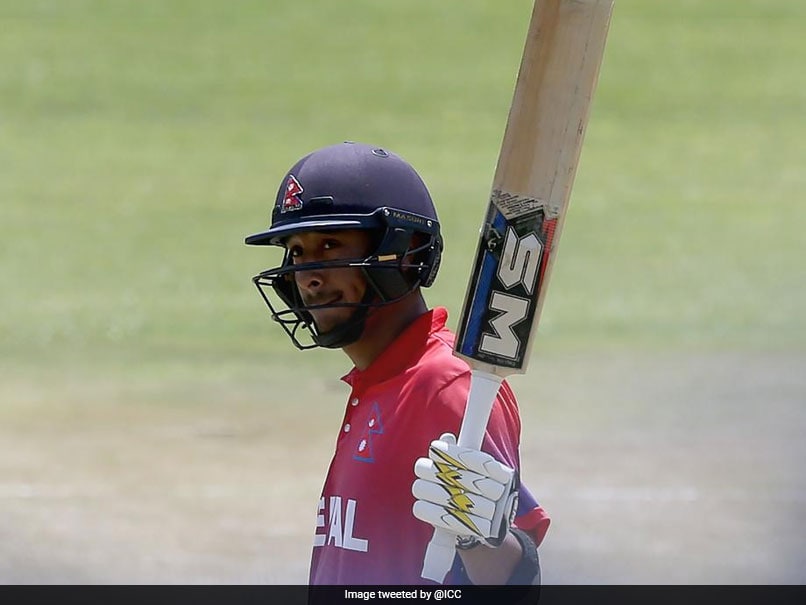 Nepal captain Paras Khadka scripted history with a feat that even India's Virat Kohli or Rohit Sharma couldn't achieve while leading a side in T20 International cricket. The 31-year-old all-rounder became the only captain to score a century while chasing in a T20I match. Paras Khadka scored an unbeaten knock of 106 runs to help Nepal chase down a 152-run target with four overs to spare in a T20I tri-series match against Singapore on Saturday. Paras Khadka smashed seven boundaries and nine sixes in his 52-ball knock at the Indian Association Ground in Singapore.

With the century, Paras Khadka also joined an elite club of captains that have scored a hundred in T20I cricket.

While five other captains scored a T20I century batting first, Paras Khadka is the only one to reach the magical three-figure mark during a chase.

Rohit, who has a record four T20I hundreds to his name, scored a century as captain twice, once an 118-run knock against Sri Lanka in Indore in 2017 and then in 2018 a 111 (not out) against the West Indies in Lucknow.

Kohli, who recently surpassed Rohit Sharma as highest run-scorer in the shortest format, is yet to score a hundred in T20Is.

In the T20I tri-series, Nepal won the second match by nine wickets against Singapore after having suffered a five-wicket loss in the series opener to Zimbabwe.

Nepal, placed second in the points table, will face Zimbabwe again on Tuesday and Singapore on Wednesday at the same venue.