Virat Kohli Has Given Me Many Reasons To Be Proud, Says Anushka Sharma

On Friday, the second edition of the Indian Sports Honours were held in Mumbai. 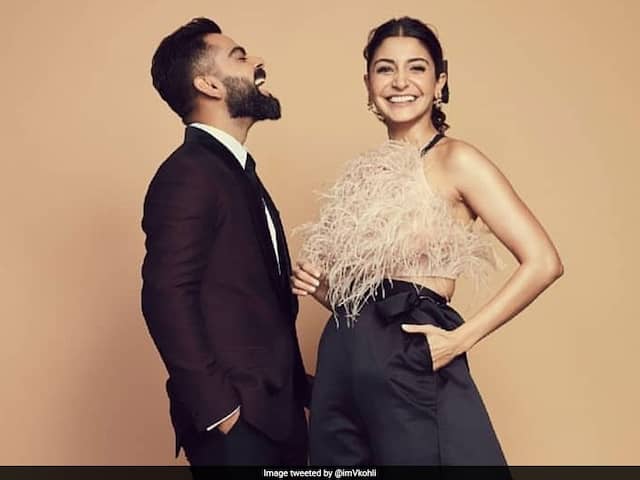 Virat Kohli and his Bollywood actress-wife Anushka Sharma regularly indulge in public display of affection and give fans an insight into their extraordinary romance through their social media posts. On Friday, the second edition of the Indian Sports Honours were held and the power couple attended the occasion in Mumbai. The initiative, backed by Sanjiv Goenka and India captain Kohli, aims to recognise and honour Indian athletes for their exceptional performances, sportsmanship and spirit of sport through a felicitation ceremony. While interacting with the media at the event, Anushka Sharma said that she is proud of her husband Virat Kohli for hosting the Indian Sports Honours.

"I am associated with this award ceremony because my husband is associated with it. I think it's a unique initiative where you give backing and support to upcoming and promising Indian athletes. I think Virat has given many reasons to be proud of but his foundation is another reason to feel prouder, because of the work being done. The awards ceremony covers all kind of sports and that increases the sporting culture," Anushka said.

Virat Kohli then talked about the importance of developing a sports culture in India and the need to recognise the upcoming talent.

"I think it is necessary to recognise sporting talent in India so, I am happy this award ceremony is taking place. It also provides scholarship to emerging sporting talent which I think is important to develop sports culture in our country," Virat Kohli said.