Australia Women vs India Women: Have To Work A Lot In Terms Of Our Bowling Department, Says Mithali Raj

India skipper Mithali Raj said that the team needed to "work a lot" on its bowling after suffering a nine-wicket drubbing at the hands of Australia. 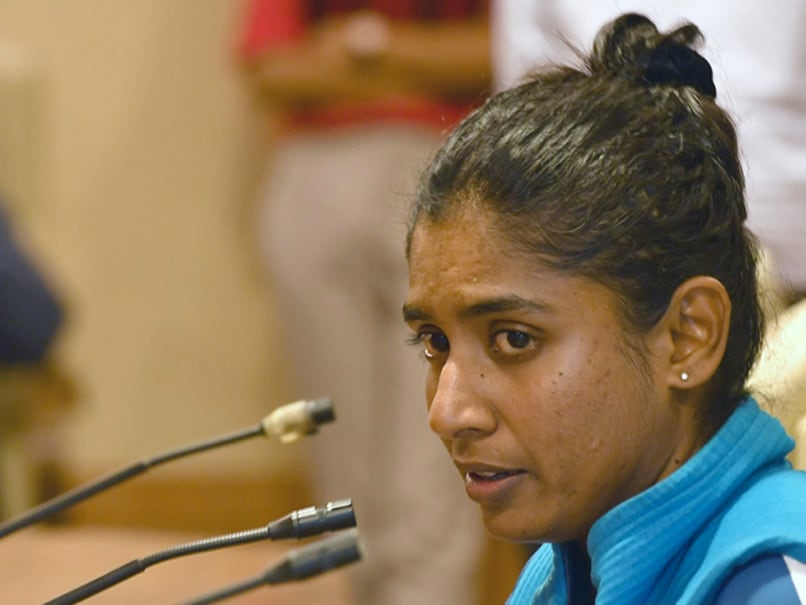 Mithali Raj called on India to improved their bowling after losing the first ODI to Australia.© AFP

India skipper Mithali Raj said that the team needed to "work a lot" on its bowling after suffering a nine-wicket drubbing at the hands of Australia in the first women's ODI in Mackay on Tuesday. India's problems in both the batting and bowling department were laid bare as the mighty hosts chased down a target of 226 without any trouble to extend their record-winning streak to 25. "Well, see, you don't have plans, but again it is about executing it in the ground, sometimes the bowlers don't get the rhythm, but there are times when you know they get the rhythm but the plan isn't working," Mithali said at the post-match press conference.

"Yes we have a lot to work in terms of our bowling department because, predominantly, we are spin attack and spinners are getting hit everywhere, so that is something we need to tweak in," she added.

India could only manage 225 for eight in an innings that never got the momentum it needed and then the hosts gunned down the target in 41 overs as India's bowling lacked the teeth to trouble them.

Mithali, who completed 20,000 career runs, lamented that the batters could not build partnerships.

"See, when you know the (kind of) batting line up the Australians have, anything closer to 250, is what we were looking at, but losing two wickets, especially batters like Shafali (Verma) and Smriti (Mandhana) in the power-play itself...

"So, it was important that the middle-order starts to compensate for that and build a partnership, that is what we did with Yastika (Bhatia), but again we didn't get enough partnerships in the lower-middle as well.

"We need to now have partnerships, rather than thinking about playing fearless cricket, the girls need to get down to developing some partnerships in the middle and that definitely will give them confidence at some point to play fearless," she quipped.

Speaking about the importance of a good opening stand, Mithali said that the team would expect some runs from Mandhana, who has been playing international cricket for a while.

"I mean, see the opening partnership, if they give us a good start, clearly the middle- order can take the momentum from there, but if you lose early wickets, you actually have to build an innings.

"In the first 10 overs, so you know Smriti (Mandhana) has been in international circuit for a while, so we would expect some runs from her," said Mithali, adding that the team was planning to look at all-rounder Pooja Vastrakar for the the World Cup and so it was important to try her out.

On her personal form, Mithali, who scored her fifth consecutive half-century, said, "I have always felt, no matter how many runs I score, there is always some scope for improvement and I want to keep my game.

"I want to evolve as a player too, I know that I have been scoring runs but it isn't enough for the team to win, so there is always room for improvement."

Mithali has faced criticism for her strike-rate and she responded by saying, "Well, for me batting is always about situation, not about strike rate."

She insisted that while she wants to improve on this aspect, it doesn't strike her mind when she walks in to bat.

"If you are losing wickets at the other hand, you definitely don't want to end up scoring 150 all out. So, I don't really give that much of a thought to the strike-rate.

"Yes, it is always in my mind to improve on that aspect, I wouldn't say that I definitely don't think about it, but that is something (that) doesn't cross my mind when I walk in to bat."

Mithali said that Harmanpreet Kaur's fitness was monitored by the team physio. Harmanpreet missed the first game due to a thumb injury.

Australia Women Mithali Raj Harmanpreet Kaur Cricket
Get the latest updates on T20 World Cup, check out the T20 World Cup Schedule and Live Score . Like us on Facebook or follow us on Twitter for more sports updates. You can also download the NDTV Cricket app for Android or iOS.