Ellyse Perry played a crucial knock of 49 as Australia Women's team chased down the 104-run target against India with seven balls to spare. 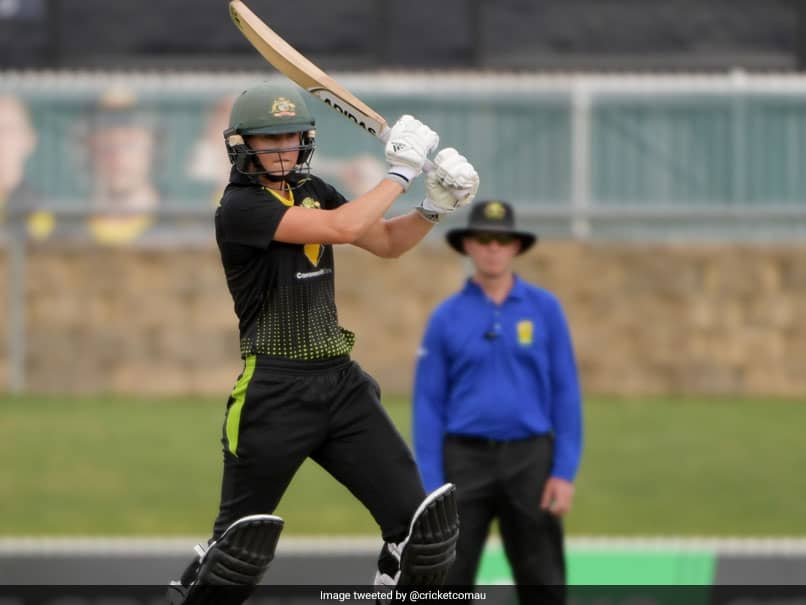 Indian women suffered a four-wicket loss against the mighty Australia after a disappointing batting performance in their second match of the T20I tri-series on Sunday. India struggled to 103 for nine in 20 overs after being asked to bat. The visiting team's bowlers did well to stretch the game till the penultimate over but there were not enough runs on the board. Ellyse Perry was the undisputed star of the game, picking up three wickets in one before before making 49 off 47 balls in Australia's chase. India had beaten England in the tournament opener while Australia had lost to England in a Super Over finish on Saturday, leaving all three teams with a win each.

"Our lower order definitely needs to bat a lot better, especially when the top-order doesn't get runs. However, really appreciate the performance of the bowlers," said India skipper Harmanpreet Kaur at the post-match presentation.

India next play against England at the Junction Oval in Melbourne on February 7.

India lost their last six wickets for 21 runs with pacer Perry (4/13 in 4 overs) picking three of them in 14th over over, removing Harmanpreet, Taniya Bhatia and Deepti Sharma.

Sixteen-year-old Shafali Verma, touted as the next big thing in women's cricket, lasted only three balls while Jemimah Rodrigues crawled to 1 off 11 balls, leaving their team at 16 for two in three overs.

The experienced Mandhana and Harmanpreet stitched a 40-run stand before the latter's dismissal triggered a collapse.

The spin-heavy Indian bowling attack did all they could with left-arm spinner Rajeshwari Gayakwad taking two wickets for 18 runs in four overs.

Offie Deepti Sharma, who opened the bowling, too kept things tight taking one wicket for 18 runs in four overs.

The tri-series is an important preparatory event ahead of the T20 World Cup beginning in Australia on February 21.

Australia Women Ellyse Perry Harmanpreet Kaur Cricket
Get the latest updates on India vs England Series, India vs England , live score and IPL 2021 Auction . Like us on Facebook or follow us on Twitter for more sports updates. You can also download the NDTV Cricket app for Android or iOS.