Why Steve Smith "Punished" Himself After Win Against Pakistan

Steve Smith suffered a rare failure in the first Test against Pakistan. 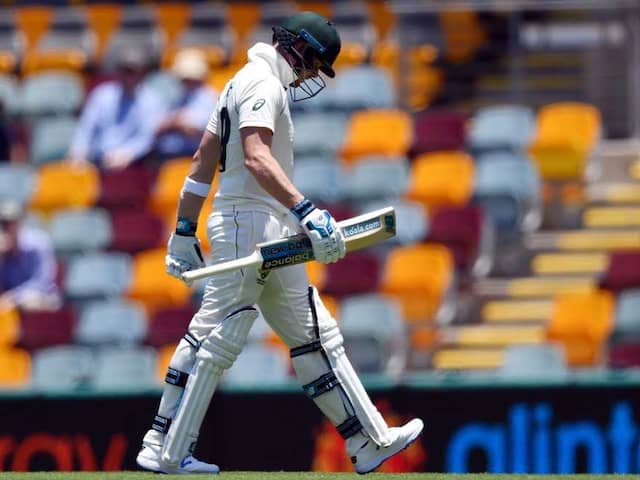 Steve Smith fell cheaply in Australia's defeat of Pakistan at the Gabba in the first Test.© AFP

Australia may have won their first Test against Pakistan in Brisbane rather comfortably, but that did not stop Steve Smith from dishing out some punishment on himself as he jogged three kilometres from the Gabba to the team hotel after the match. The reason for the "punishment" is simple, according to Smith - his failure with the bat. Smith was bowled out for just four runs by Yasir Shah, even as centuries from David Warner and Marnus Labuschagne helped Australia dominate Pakistan in the first Test of their home summer.

Quizzed by journalists about his jog from the Gabba to the hotel, Smith said "I always punish myself when I get no runs."

"Just like I reward myself when I score runs with a chocolate bar at the end of the night if I get a hundred," he continued.

"If I get no runs, I always like to have a run or go to the gym or do something just to give myself a bit of punishment," the world no.1 Test batsman said.

On the chocolate bar of his choice, Smith answered "Generally it's a big block of Cadbury Dairy Milk."

"A hundred is a pass mark," Smith remarked.

Asked what his standards are for a failure, he simply said with a smile "If I don't feel like I've done enough".

The failure against Pakistan was a rare blip in Smith's form since his return from a one-year ban. Smith was in imperious form in The Ashes earlier in the year, amassing 774 runs at an average of 110.57, including three centuries and as many fifties. Given he missed one match and one innings of another due to a concussion, he failed to go past the half-century mark only once in the entire series as Australia retained The Ashes.

Australia will now take on Pakistan in the second and final game of the series at Adelaide in a day-night Test beginning on Friday.