Australia vs Pakistan: Mitchell Starc Will Have To Do "Something Special" In Training For Australia Test Spot: Ricky Ponting

Australia vs Pakistan: Ricky Ponting feels that the Australia team management may be leaning towards selecting James Pattinson over Mitchell Starc for the Brisbane Test against Pakistan. 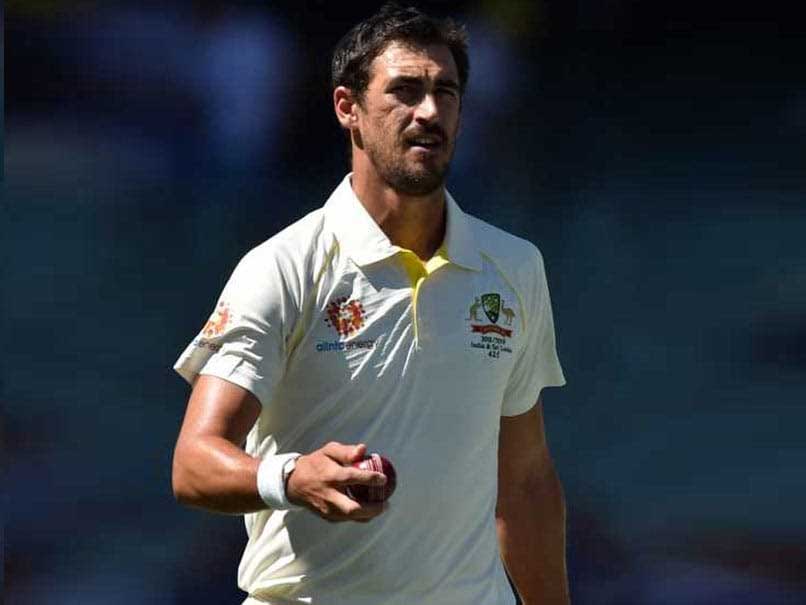 Mitchell Starc played in only one Ashes Test earlier this year.© AFP

With Australia gearing up for the two-match Test series against Pakistan, former captain Ricky Ponting feels that pacer Mitchell Starc will have to produce "something pretty special" in the nets to get into Australia's starting XI. With Pat Cummins, Josh Hazlewood and Nathan Lyon pinning down their spots, there is one vacant slot for a bowler, and the competition is between Mitchell Starc and James Pattinson to fill it up. Ponting feels that the lack of chances given to Starc in The Ashes earlier this year means that the team management may be inclined towards giving Pattinson the nod in the first Test in Brisbane.

"I absolutely love everything that Mitchell Starc brings to the table," Ponting told cricket.com.au.

"But at the same time, they've been reluctant to play him in the last few series. He only played the one Ashes Test match and he did OK in that game," the former Australia skipper said.

Starc bagged four wickets at Old Trafford - the lone Test that he played in The Ashes.

Ponting also said that Pattinson has a better record at the Gabba and that the surface favoured him.

"That's the other thing that might go in his (Pattinson's) favour; in a place where the ball does swing a bit, he generally pitches it up and takes it away from the right-handers," he explained.

"I think (Starc) will have to do something pretty special at training to be part of that team," Ponting said.

However, he said that the kind of form Hazlewood and Cummins are enjoying in terms of taking wickets and maintaining low economy rates meant that an "out-and-out" wicket taker like Starc had a shot at a spot in the team.

"The reluctance to play Starc (in the past) has been that he has generally leaked runs. But what we know with Hazlewood and Cummins is they're not leaking runs and they've been outstanding for a long time now. Not only are they getting guys out, they're making it harder to score as well," Ponting said.

"So maybe with those two on top of their games, there's a chance to play someone like Starc as more of an out-and-out wicket-taker that might leak a few runs," he concluded.

The first match of the series at the Gabba begins on November 21 with the second Test scheduled to be a day-night Test in Adelaide.

Pakistan Cricket Team Cricket
Get the latest updates on SA vs IND 2021-22, check out the Schedule and Live Score . Like us on Facebook or follow us on Twitter for more sports updates. You can also download the NDTV Cricket app for Android or iOS.